This Day in the History of Hoaxes: June 30 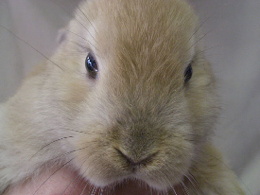 June 30, 2005: Save Toby
A case of bunny blackmail. The owner of the website SaveToby.com claimed that unless he received $50,000 by June 30, 2005, he was going to cook and eat a rabbit named Toby. It was a hollow threat. The deadline passed and was extended multiple times. Nevertheless, animal lovers were outraged. Toby's owner then secured a book deal, resulting in a new threat — that unless 100,000 books were sold, Toby would be eaten. It's doubtful this goal was ever reached. Nevertheless, Toby was eventually issued a formal reprieve.