This Day in the History of Hoaxes: June 27 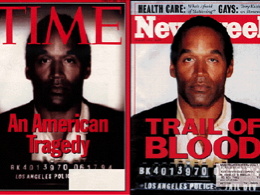 June 27, 1994: O.J.'s Darkened Mug Shot
Time magazine used a mug shot of O.J. Simpson on its June 27, 1994 cover. However, Newsweek ran the same mug shot on its cover that week. When the two covers appeared side-by-side on newsstands, it became very obvious that Time had altered the mugshot by darkening it. Time argued that it had artistically interpreted the mugshot to make it into an "icon of tragedy." But critics charged Time with racially motivated photofakery. More… 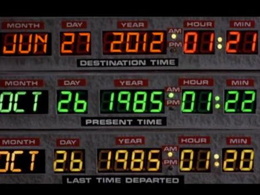