This Day in the History of Hoaxes: June 22 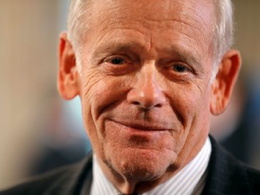 June 22, 2005: Death of William Donaldson
William Donaldson (1935-2005) was the author of one of the great satirical literary hoaxes of the late 20th century, the bestselling Henry Root Letters. Adopting the identity of Henry Root, supposedly a retired wet-fish merchant whose politics leaned far Right, Donaldson wrote brash, often abusive letters to eminent public figures. The letters usually contained a single pound note. The recipients of Root's letters would inevitably write back, apparently unaware that they were the butt of a joke. [wikipedia]