This Day in the History of Hoaxes: June 14 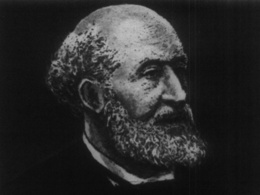 On this day in 1870, the French doctor Emile Coudé, inventor of the curved "Coudé Catheter" used by urologists to relieve urinary obstruction, was buried in a churchyard at Villeneuve-la-Comtesse. Except that he wasn't. The man and his biography were invented as a joke by Welsh medical students in the 1950s. Some physicians didn't realize it was a joke and referred to the man in medical textbooks. A few sources still mistakenly claim that the coudé catheter was named after a French physician. In reality, the coudé catheter was invented by Louis Mercier (1811-1882). In French, coudé (the adjective) means bent; coude (the noun) means elbow. More…