This Day in the History of Hoaxes: June 12 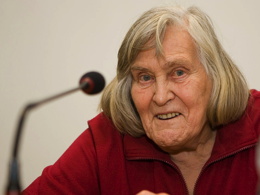 Margherita Hack (1922-2013) was an Italian astrophysicist, known also for being a vegetarian, feminist, and outspoken atheist. In 2005, she famously debunked the annual "miracle" of the liquefaction of the blood of San Gennaro by noting that the substance contained in a phial in Naples Cathedral was simply hydrated iron oxide, which looks very much like blood, but liquefies when shaken. She said, "There is nothing mystical about this. You can make the so-called blood in your kitchen at home." This observation sparked widespread outrage in Italy. [The Telegraph]