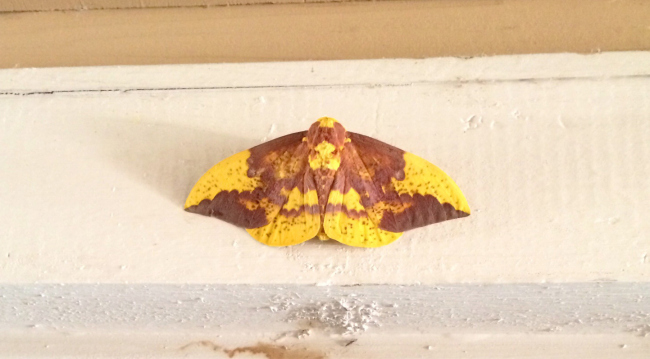 This moth was spotted by Yvonne Esquilin of Texas. She said that at first she was just amazed by the size of the moth. It didn't dawn on her until after she took the picture that she could see an image of Jesus in the pattern on its wings.

However, others have pointed out to her that the pattern also looks a bit like a devil, which she thinks is "kind of creepy." [kxan]