Jennifer Aniston Gets A Buzzcut

April 1, 2013 — the site Daily Makeover (which describes itself as "Hairstyles, Makeup and Cosmetics Inspiration") posted a photo of Jennifer Aniston with a buzzcut. The site claimed that Aniston had cut off her hair for a role in a film and quoted her as saying, "My character gets to this really broken point, and [director] Daniel [Schechter] and I thought it would make her more realistic." 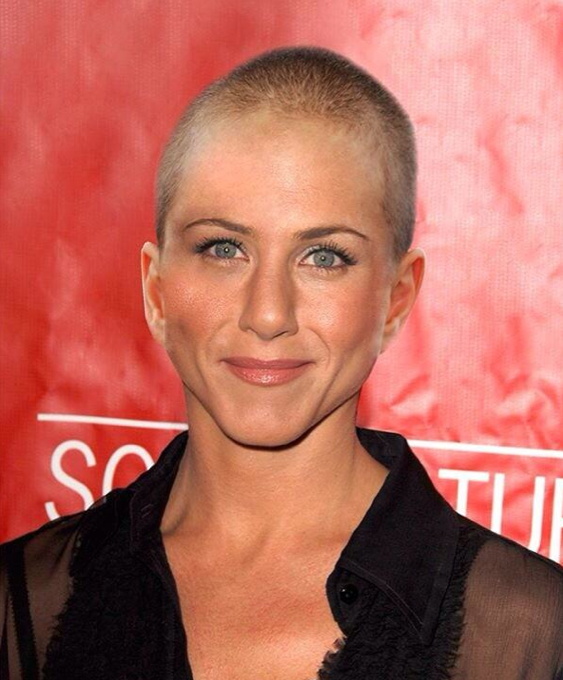 But actually, the photo was the site's April Fool joke. It had doctored an image of Aniston (below) taken while she was attending the 2006 premiere of Friends with Money. 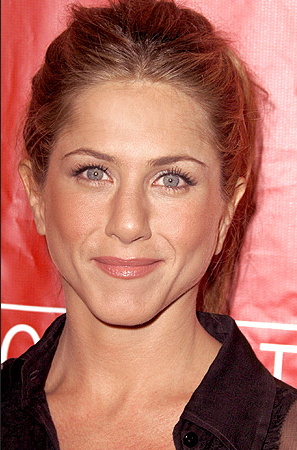 But demonstrating the adage that on the internet nothing ever really goes away, it just gets recycled endlessly, that same April Fool picture has recently begun making the social media rounds, accompanied by a caption claiming that Aniston shaved off her hair as a way of showing her support for a niece diagnosed with cancer. 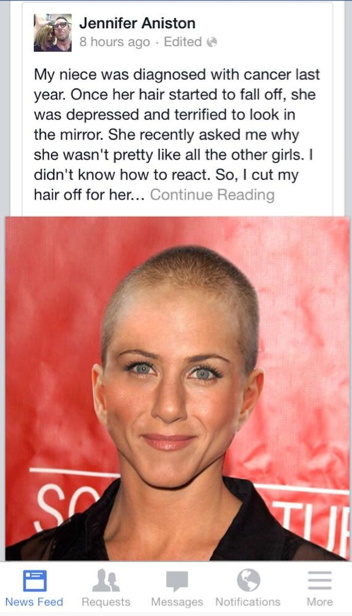 Aniston's rep told JustJared.com: "It's nonsense and I am not aware of any niece with cancer."