The Hippocratic Tampon. Fact or fiction?

Tampax, maker of feminine hygiene products, has an article on its website in which it claims that, "The ancient Egyptians fashioned disposable tampons from softened papyrus. The Greek physician Hippocrates, writing in the fifth century B.C., described another type of tampon, which was made of lint wrapped around lightweight wood." Helen King, in an article posted at Wonders and Marvels, notes that this idea of a 'Hippocratic tampon' has been repeated uncritically by many other sites. But was it true? Did women in ancient Greece actually use tampons? No, she argues, they didn't. 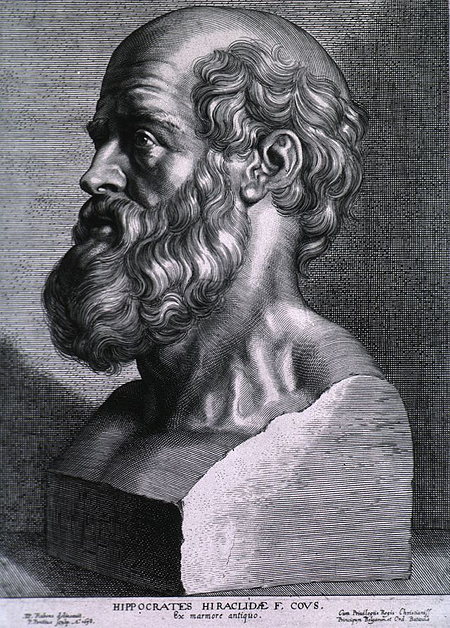 King has an academic background that uniquely qualifies her as an authority on this subject. She wrote her PhD on ancient Greek menstruation! She notes, first, that despite what Tampax implies, one doesn't actually find in the Hippocratic writings any suggestion of using lint-wrapped wood to control menstrual flow. What one does find, instead, is the suggestion that lint-wrapped wood (a 'motos') can be used to control bleeding from a fractured nose. A 'motos', the writings say, can also be used to treat various gynecological problems. For instance, a motos was used if "the neck of the womb is hard and closed so the menstrual blood can’t get out." Also, far more unpleasantly, "when a remedy needs to be inserted into the vagina – for example, beetles to irritate the womb and bring on a delayed menstrual period – it is wrapped up in wool first." But to control normal menstrual flow? There's no mention of that.

The confusion, King suggests, stems from the ancient Greek word 'motos', which meant a lint for dressing wounds, but which is also defined as "tent, tampon" in the ancient Greek-English dictionary by Liddell, Scott and Jones (the 'LSJ' is a standard reference work, the first edition of which came out in 1843).

However, the LSJ was using the word 'tampon' in an older, purely medical sense. King explains:


Before Tampax came on the scene, there were tampons, but not as we know them. A tampon was simply a plug of some sort, used to stop bleeding, and inserted into a wound or, if menstrual flow seemed excessive, into the vagina. The word comes from the verb ‘to tamp’ meaning to stop up a hole, or to push down – you can ‘tamp’ tobacco into the bowl of a pipe before smoking it. But when Tampax came on the scene as a commercial product, the word was shifted more narrowly towards menstruation, so today’s near-exclusive application of the word to menstrual products is the result of the invention of Tampax.
In other words, ancient Greek doctors used 'tampons' to control problematic blood flow from various parts of the body (including from the womb). But there's no evidence to suggest that ancient Greek women used tampons to control normal menstrual flow. For that, King writes, all evidence points to the use of home-made pads of rags as the standard practice.