A German Officer Strolls Through London, 1941

In April 1941, a London newspaper pulled off a minor hoax/publicity stunt. They dressed a young man in the uniform of a German officer — after having removed the Nazi cap badge, belt, and insignia of rank — and had him walk around through central London, directly past the Houses of Parliament. They claimed to be trying to prove that "Londoners wouldn't know a German soldier if they saw one."

Sure enough, the young man attracted no attention. 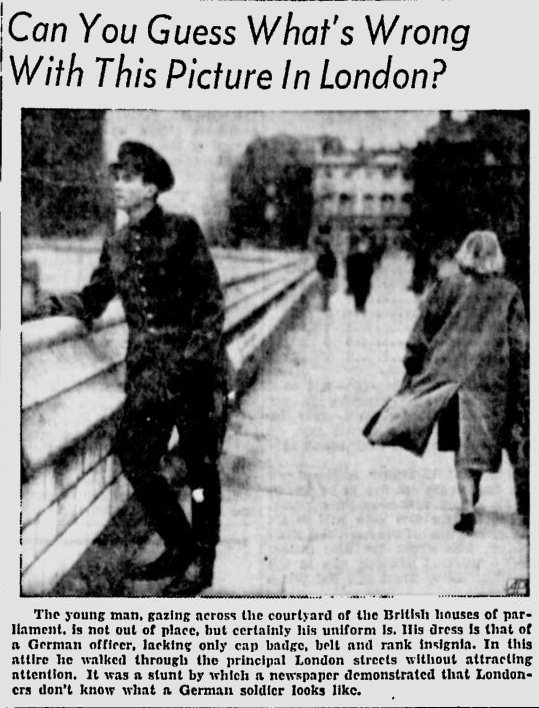 The photo of the "German officer" posing in Central London ran in a lot of papers, both in the UK and America. (For instance, the Lewiston Morning Tribune - Apr 29, 1941).

But I think the experiment would have been a lot more interesting if he had walked through London wearing a uniform with all the Nazi insignia still on it. That would probably have elicited a different reaction.