Trending recently on social media, a picture of "Venice Frozen". 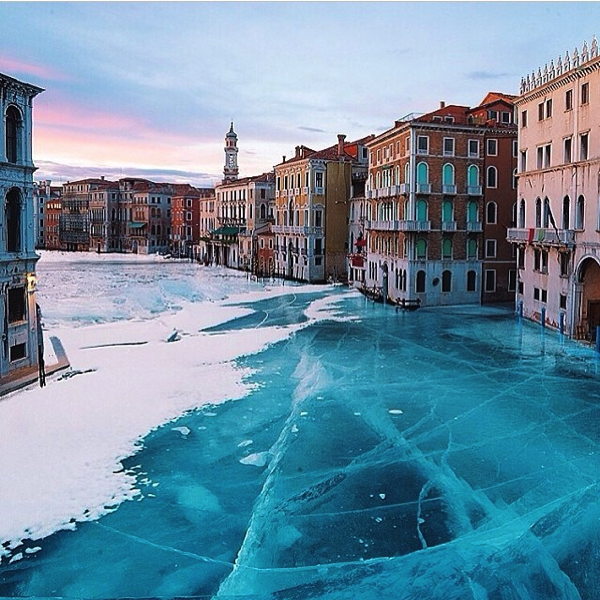 There hasn't been freezing weather recently in Venice. So yes, the picture is fake. Anyway, even if it did freeze in Venice, the ice there wouldn't look that clear blue.

The photo is a composite created by Robert Johns. He posted it two weeks ago on his Instagram account.

He created the image by taking ice from a photo of Lake Baikal (taken by Daniel Kordan), and inserted it into a photo of Venice (taken by Luis Manuel Osorio Fernandez). 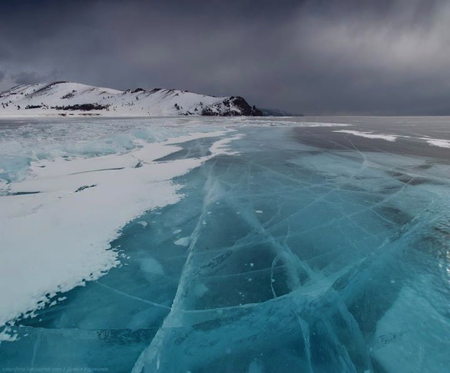 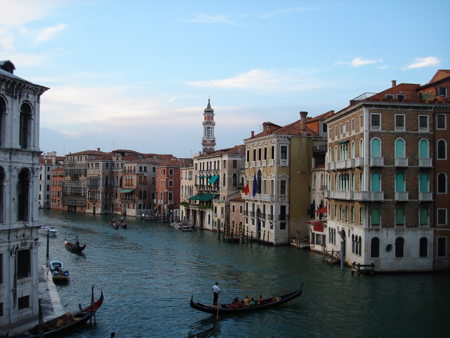 Venice by Luis Manuel Osorio Fernandez
Robert Johns has done a series of these frozen Venice images. He intends them as art photos, not as deliberate hoaxes. But once the top image got onto social media, it was out of his control. And a lot of people on Twitter, Facebook, etc. really seemed to believe that it was an actual image of a frozen canal in Venice.

Some of his other frozen Venice photos: 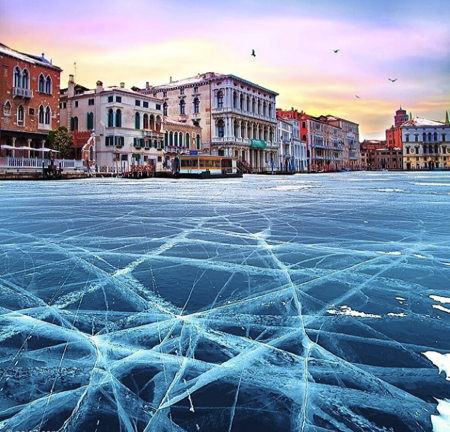 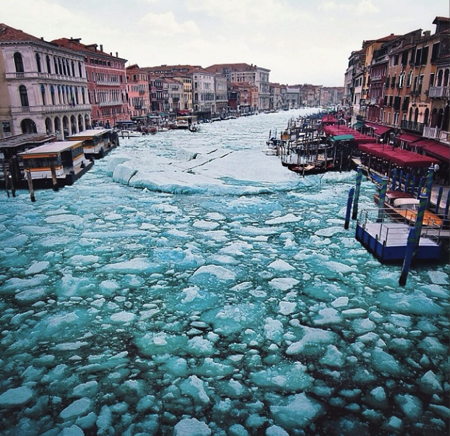 The picture may be fake, but there has been freezing weather
Posted by Mark  on  Sat Feb 22, 2014  at  12:25 AM
Commenting is not available in this channel entry.