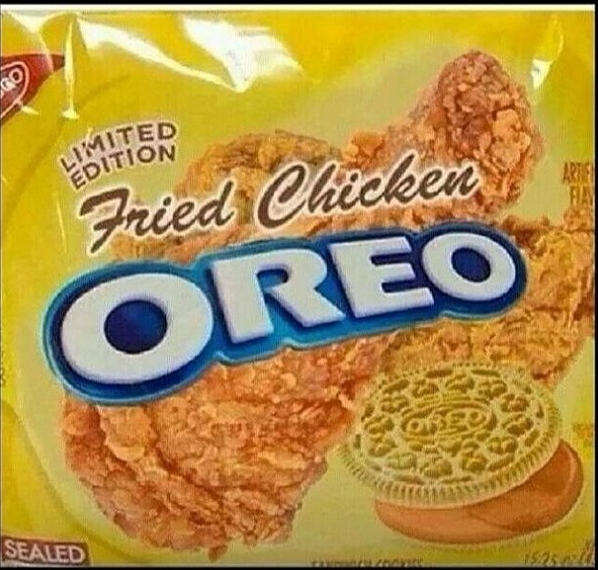 Fried Chicken Oreos are not a real thing. The photo of a bag of them that went viral this week was a fake.

However, I don't think that the idea of Fried Chicken Oreos is inherently implausible. After all, chicken and waffles are definitely real (and very tasty). So why not have fried chicken oreos?

However, the Milwaukee Journal-Sentinel checked with Weber Shandwick, who handle PR for Oreo cookies, and received confirmation that there's no such thing as Fried Chicken Oreos.

The Fried Chicken Oreo picture appears to have been first posted online by Instagram user moorestyle10. (She claims to have seen it earlier on Facebook, but where on Facebook she didn't say.)

The Plain Cheese blog notes that the Fried Chicken Oreo picture was adapted from the cover art for Watermelon Oreos. 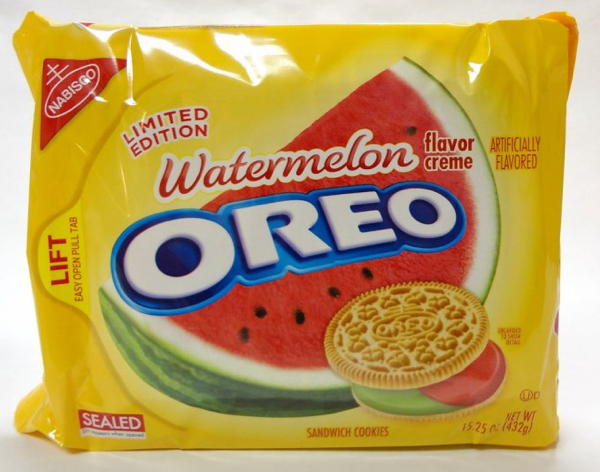