The 5 April 1931 issue of the Berliner Illustrirte Zeitung contained this spectacular photo: 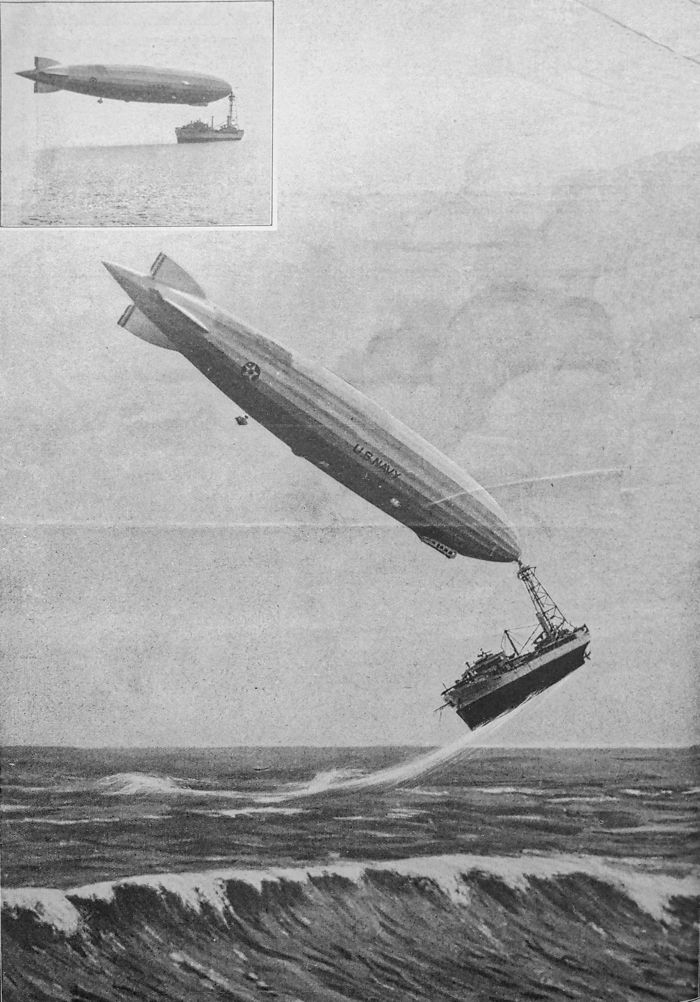 A caption offered this explanation (translated from German):


An exciting incident in fleet maneuvers off the California coast: The airship "Los Angeles," blown by a gust of wind, lifts the mothership, to whose mast it is anchored, into the air.
Did this incident actually happen? No. In the subsequent issue, the magazine admitted the photo was "fashioned out of thin air." It was an April Fool's Day hoax.

However, the USS Los Angeles was an actual airship, built in Germany in 1923 and delivered to the U.S. Navy as war reparation. And there was a famous incident involving the Los Angeles very similar to what the Berliner Illustrirte Zeitung depicted in its photo.

While the Los Angeles was tethered to the Lakehurst High Mast (in New Jersey) on 25 August 1927, a gust of wind from the ocean caught its tail and lifted it into an almost vertical position. As reported in wikipedia: "The crew on board tried to compensate by climbing up the keel toward the rising tail, but could not stop the ship from reaching an angle of 85 degrees, before it finally descended. Amazingly, the ship suffered only slight damage and was able to fly the next day."

A navy photographer managed to get a picture of the airship in this position, and this quickly became a very famous photo. The 1931 April Fool photo in the Berliner Illustrirte Zeitung was obviously a joking reference to this earlier incident. 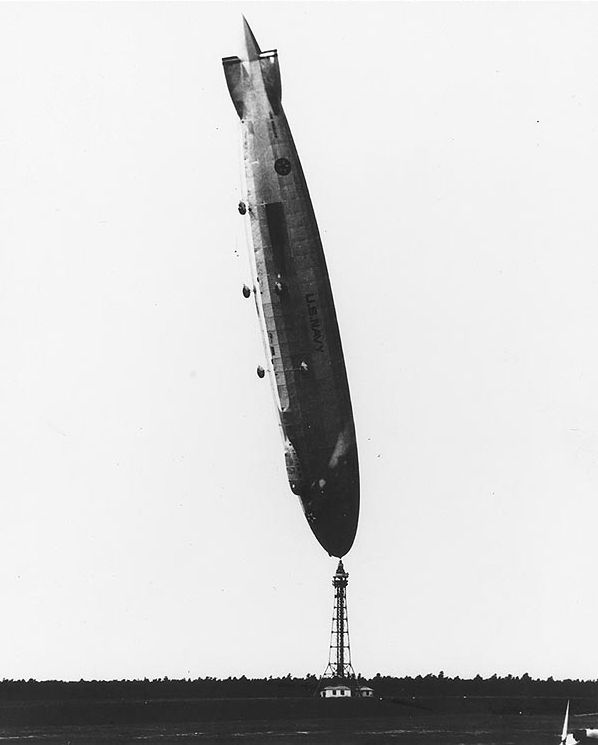 The Los Angeles did occasionally tether to navy ships, such as in the picture below where it's tethered to the USS Patoka, off the coast of Panama. However, there's no record of it ever lifting a ship out of the water! In fact, it eventually became the navy's longest serving airship. It was decommissioned in 1932, then recommissioned after the USS Akron crashed in 1933, and finally ended its service in 1939 — still in one piece. 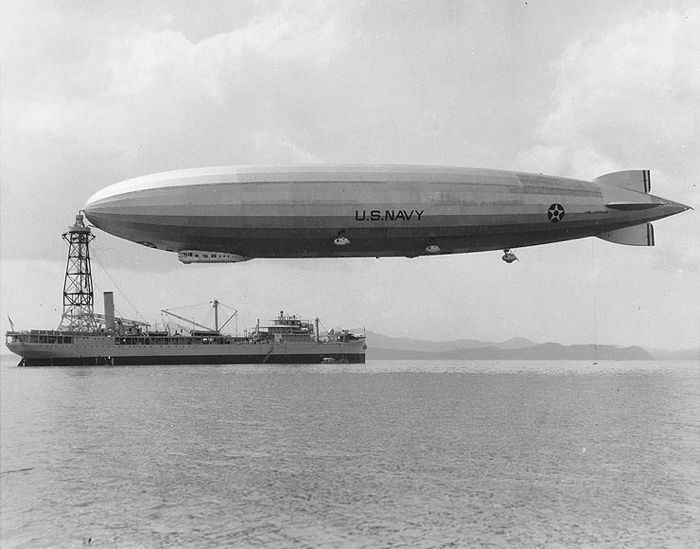