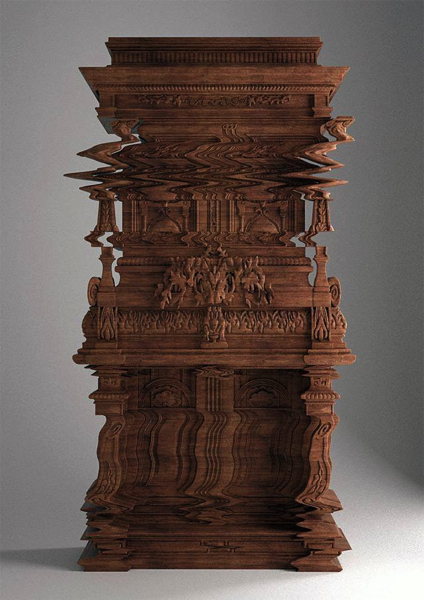 This image has been circulating since March of this year. Many sites (including dornob.com) report that it shows "an actual piece of carefully carved furniture, not a photo file gone wrong."

The oak furniture was supposedly created by furniture designer Ferruccio Laviani using CNC processes (computer-aided machine tools) in order to make it appear as if it had been deformed by a "digital glitch". (Yes, that should be an "analog glitch," but "digital glitch" is the phrase that's caught on to describe it.)

There is some truth to this. Laviani did create "glitch" furniture for a 2013 Furniture Exhibition in Italy. His aim, according to mocoloco.com, was to make furniture "which seems to have been 'deformed' by a strong jolt or by swaying movements." He called it his Good Vibrations collection.

However, the final product was the cabinet below. The picture above was a photo mock-up of the concept for the piece. In other words, it wasn't real. 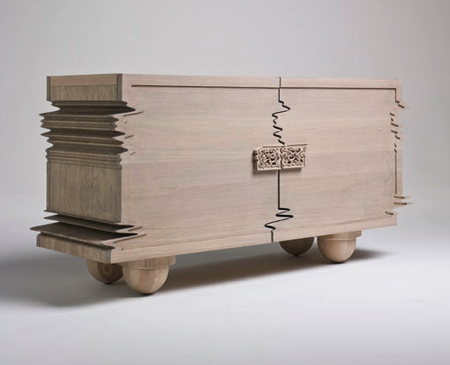