Cow on hood of car

This image of a cow lying on the hood of a BMW began circulating online around January 2013. 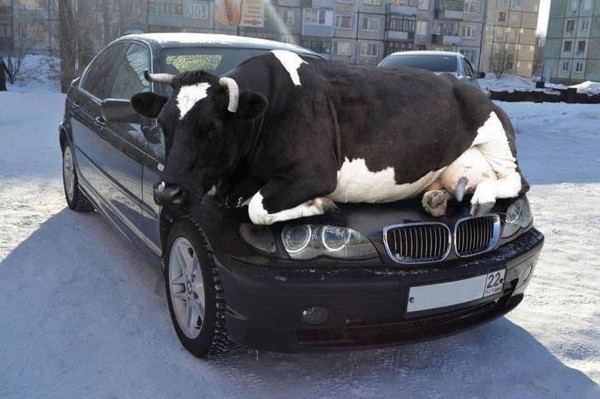 At first, the image didn't attract much attention. It circulated with captions such as ""Got Milk!", "Fail Safe Auto Alarm," and "The Ground Is Lava. LOL".

But on Nov 18, 2013, the Surrey Roads Police department posted the image on its twitter account accompanied by the message: "Remember as days get colder animals are attracted to the warmth of cars so check wheel arches or other hiding places." 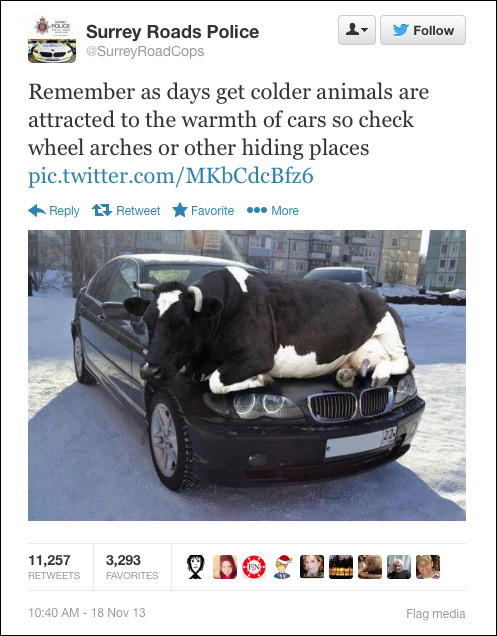 This launched the image into the viral stratosphere, as it was soon retweeted thousands of times and then spread onto facebook and other sites.

Is the image real? Of course not. As others have pointed out, if a cow were lying on a car like that, the front of the car would be sagging under the weight.

But we don't need to resort to image analysis to know it's fake, since the original photo of the cow, which can be found on the Russian photo site desktop.kazansoft.ru, is easy enough to find via a Google image search. In the original, the cow is lying down, as one would expect, in a field. 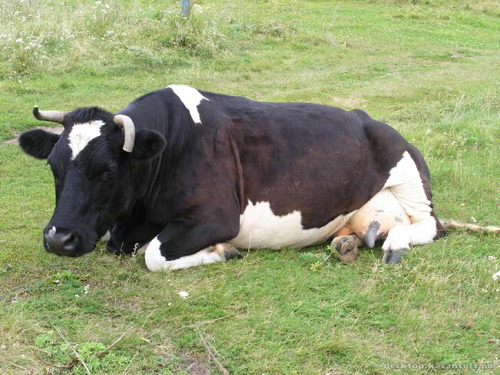