Since 2013, an image has circulated online which shows a group of women dressed in old-fashioned men's clothing. These women are identified as "female toughs," members of "one of the most feared of all London's street gangs in the 1880s... the Clockwork Oranges." Those who share the image also sometimes claim that this gang later inspired Anthony Burgess' most notorious novel, A Clockwork Orange.

The image has been particularly popular with Twitter accounts such as OldPicsArchive, HistoryPics, and VeryOldPics — all of whom have greatly helped its viral spread. The image debunker PicPedant notes that OldPicsArchive alone has posted the image a total of 33 times. And as PicPedant also notes, the caption attached to the image is completely incorrect. 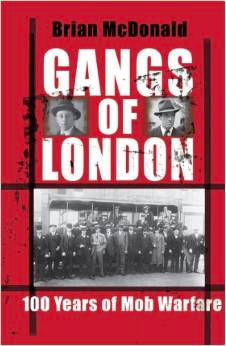 There actually were all-female gangs in 19th-century London. For instance, there was the all-female Forty Elephants gang which, according to the Guardian, was "responsible for the largest shoplifting operation ever seen in Britain between the 1870s and 1950s." This gang and others like it are discussed by Brian McDonald is his book Gangs of London.

However, there was no Clockwork Oranges gang, male or female. Anthony Burgess himself seems to have invented the phrase "a clockwork orange." Burgess once claimed he had heard the term used as Cockney slang, but there's no evidence to back that up.

Nor is there any evidence that suggests that the women in the photo were "female toughs" — or members of any street gang whatsoever.

The claim that these women were part of a Clockwork Oranges gang traces back to April 4, 2013, when "The Victorian Academy of Magick" — which is a Facebook community devoted to "steampunk and alternate history fun" (and created by magician Paul Voodini) — gave the image that caption. In other words, the description was alternate-history fantasy. But the idea that these women were part of a gang of "female toughs" proved so appealing that the image with this caption quickly went viral.

But what's the real story behind the image? A small caption printed on the photo reads, "Group of women having a smoke, gelatin silver print, c. 1896." 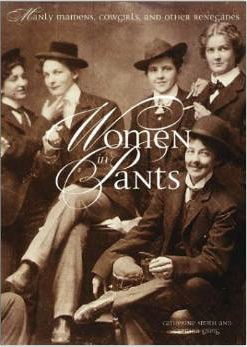 This caption comes from the 2003 book Women in Pants: Manly Maidens, Cowgirls, and Other Renegades

by Catherine Smith and Cynthia Greig. The image (or part of it, at least) actually appears on the cover of their book, which documents the long history of women wearing pants.

In early 2010, the Chloe and Olivia blog posted a scan of the image, which they got from Smith and Greig's book. Three years later, the Victorian Academy of Magick recaptioned the image — and the rest is history!

I don't have a copy of Smith and Greig's book, so I don't know if they provide any more info about the image. But the next time I'm at the library I'll track their book down to find out. After all, it is an interesting image, even if it doesn't show members of a 19th-century female gang.

Glad to see that you understand the story was meant as a bit of fun! 😊 How virulently the story spread across the internet, and how many people simply accepted my obviously fake (and tongue-in-cheek) story, surprised me greatly. The Victorian Academy of Magick produces stories of this nature on an almost daily basis, but none have caught the public imagination quite like the Clockwork Oranges did. As an aside, the concept of female gangs in Victorian London inspired me to write a novel which can be seen here: http://www.victorianvampires.co.uk
Posted by Paul Voodini  on  Tue May 19, 2015  at  02:41 AM
"Queerer than a Clockwork Orange" - my old nan from Hackney Wick used to say it often, particularly in the 80's lol
Posted by Cheryl  on  Tue May 26, 2015  at  11:12 PM
Commenting is not available in this channel entry.