Burger With a Side of Fries

Do Mr. Burger and Mr. Fries really have tombstones next to each other? 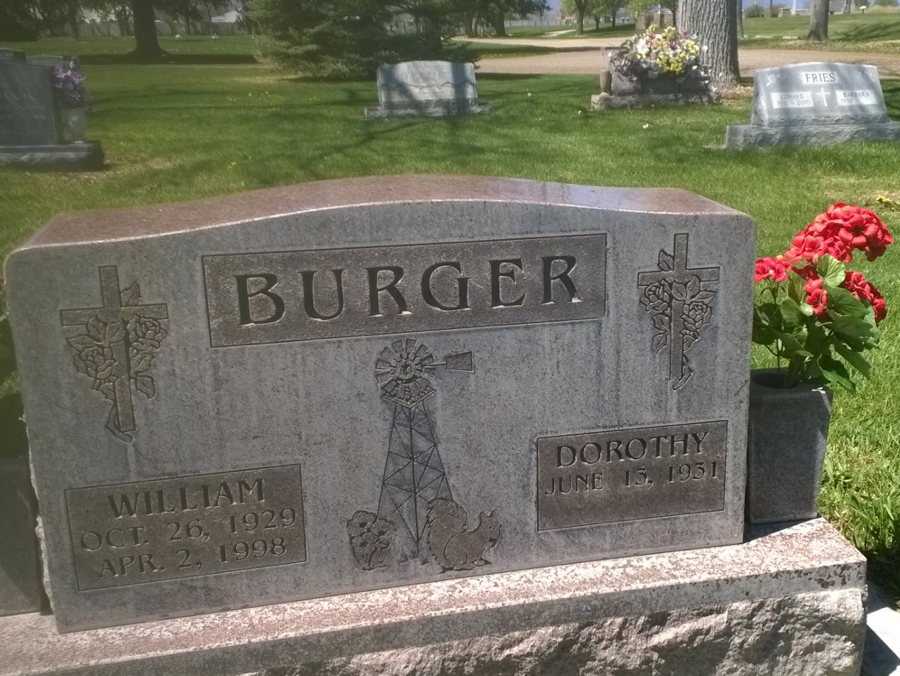 I recently saw this image posted on reddit, where it was titled "Found this gem at the local cemetery, when you see it…"

What you're supposed to see is the tombstone of William Burger in the foreground, and in the back right a tombstone for "Fries." So Burger and Fries.

Redditors were somewhat skeptical of the photo. However, just a few minutes of googling revealed that the image is definitely real. Mr. William Burger (1929-1998) and Mr. Edward R. Fries (1931-2010) really do have tombstones very near to each other.

You'll find the two of them buried at the Roselawn Cemetery in Fort Collins, Colorado. BillionGraves.com has another view of the two tombstones, along with their location on Google Maps.