In order to show how excited they are about their new french fries, Burger King recently announced on their Facebook page that they were changing their name to Fries King. They even posted photos of some of their restaurants sporting the new name. 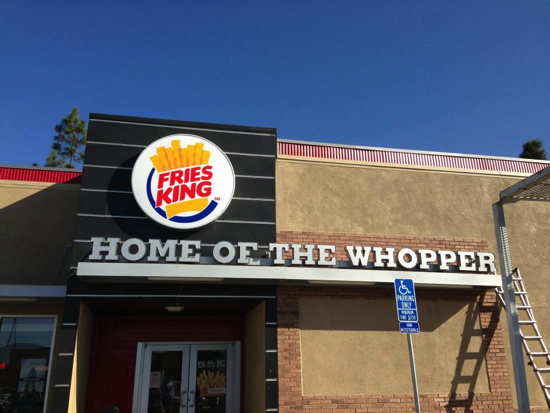 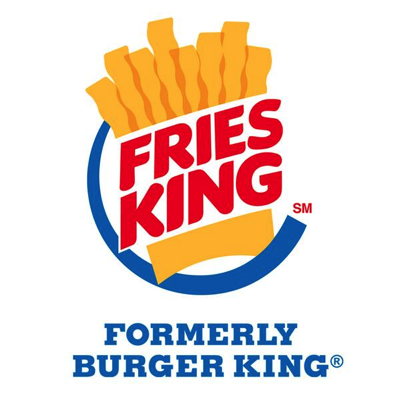 The name change is a joke. Although time.com notes that not all of Burger King's facebook followers realized this: "Some are genuinely confused about whether or not the name change is real and have written passionate posts decrying Burger King’s decision to turn its back on 'a well known family name.'"

It's actually not the first time Burger King has pretended to change its name. Back on April 1st, 2002 they announced they were changing their name to "Chicken King," supposedly owing to the success of their Chicken Whopper Sandwich.