The bogus store that never happened

Here's an example from 1975 of bureaucracy at its finest. The Nassau County District Attorney planned to create a "bogus store" equipped with hidden surveillance equipment and manned by undercover cops, in order to catch people selling stolen goods on behalf of organized crime. But before it could happen, another part of the state bureaucracy, the Division of Criminal Justice, issued a press release announcing the plan. Defending the announcement, the agency's pr officer noted, "We can't say there are 49 public grants and one secret one." So that was the end of that undercover operation. 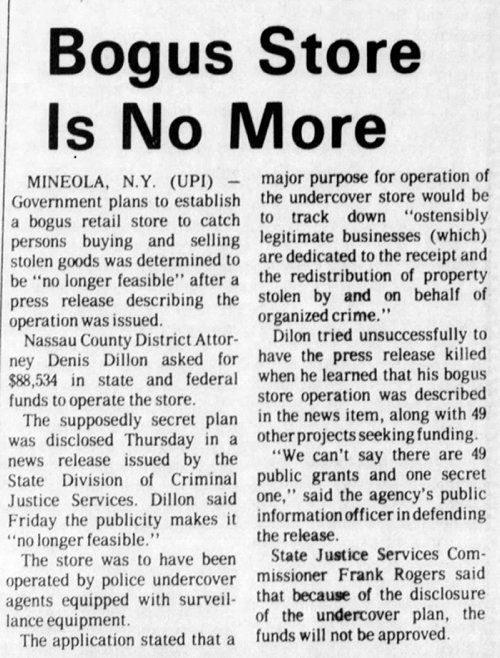 Am I correct in assuming somebody lost their job over this?
Posted by Peter  in  Melbourne, Australia  on  Wed Dec 24, 2014  at  06:39 AM
Commenting is not available in this channel entry.