In Japan, it's a Valentine's Day tradition for women to give handmade chocolates (Honmei choco) to men they have romantic feelings for.

This year there's a rumor circulating on Twitter, claiming that many young women are mixing their own blood into the chocolates, in the belief that this acts as a kind of love spell that will ensure their feelings are reciprocated. 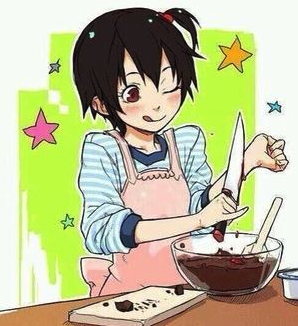 The rumor gets even more stomach-turning, because there are also claims of mixing menstrual blood, saliva, fingernail clippings, and pubic hair into the chocolates. Japancrush.com has posted many examples of these Tweets.

Is there any truth to these rumors? That's hard to know. It's certainly possible people would do something like this. But one hopes that all the Tweeters claiming to have done this are just bluffing.

However, it's worth noting that the central premise of the rumor is correct. Blood has been used for centuries as an ingredient in love spells. It's part of Blood Magic. In addition, blood (as well as every body part imaginable) was used extensively as an ingredient in western medicine up until the Victorian period. The historian Richard Sugg recently published an interesting book about this widespread practice of medicinal cannibalism.

So it's plausible that some young women would act upon these ancient folk beliefs and add a little something extra to the chocolate.

YES.........HAPPINESS I HAVE FOUND. prophet micsuca
is the source of my joyfulness the key to my happiness
the road to my success,,,,,,,,,,,,, my boyfriend and i
had a very big fight he caught me cheating with his best
friend he went complete crazy and almost had me killed.
he use to tell me he loves me i never believe until that
day i felt ashamed of myself and so sorry.....and my love
for him became strong that i can't say but then he nolonger
care about me........i contacted many spellcaster abput this
they scammed me and took away my money withouit helping me out.
yesterday i contacted prophet micsuca at .(JavaScript must be enabled to view this email address) he
told me what to do and i did everything i could before i knew,
5hrs later my ex called and was begging it was like a dream to
me that wouldn't want to walk from that evening he came and we
settled. i am very happy because i never tought that there are
still real people who not lie as i have been scammed. i am very
happy pls join me in thanking prophet micsuca, son of durga father
of the world. if however you need his help pls use the above emaill
thanks,,,,,,,,,,, yours stella...............
Posted by mica  on  Tue May 26, 2015  at  02:31 PM
Commenting is not available in this channel entry.