Good grief! This is kinda sad. Melba Ketchum fancies herself a bona fide scientist. But her subject-of-choice is Bigfoot, which immediately exiles her to the crackpot fringe of science. For which reason, she found that she couldn't get her paper on her "Sasquatch genome study" published anywhere. So what did she do? She created her own journal, the DeNovo Journal of Science. But instead of admitting she created it, she's pretending that it's some kind of independent journal. The problem: her Bigfoot-DNA paper is the one and only article this "journal" has ever published. 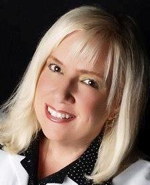 A Texas Geneticist Apparently Invented a Science Journal to Publish Her DNA Proof of Bigfoot
dallasobserver.com
On Wednesday, Ketchum announced that she had finally found a publication with the courage to go against the ivory tower establishment and that her research was finally being published by the DeNovo Journal of Science. She immediately took to Twitter, directing the attention of popular science gatekeepers like National Geographic, the BBC, Jane Goodall, and, um, Rob Lowe, to a 19-second video clip, supposedly showing the sleeping female Sasquatch whose DNA was sequenced for the study. But Ketchum's victory celebration might be a bit premature. The Huffington Post and others did a modicum of digging and found that, not only is DeNovo's website shoddy and amateurish, the domain was registered all of nine days before it published Ketchum's study, which, by the way, is its only article. To read it, you have to shell out $30.

That's pretty sad... I guess 'publish or perish' means a lot to some folks. The irony is, there's plenty of psuedoscientific journals and magazines out there that would be all too happy to print it for her.
Posted by Robin Bobcat  in  Californian Wierdo  on  Wed Feb 20, 2013  at  11:29 PM
Looks a lot like a sleeping pup (in the short video clip).
Posted by hulitoons  in  Abingdon, Maryland  on  Thu Feb 21, 2013  at  07:27 AM
I must have missed all the world-wide media reports about a confirmed bigfoot discovery.
Posted by Captain Al  in  Vancouver Island, Canada  on  Thu Feb 21, 2013  at  04:59 PM
Commenting is not available in this channel entry.