The town of Bowen in Queensland, Australia is home to the world's largest mango statue. It's 33 feet tall, 26 feet wide, and weighs 7 tons. Yesterday, that mango went missing. Employees of the Bowen tourist information centre, adjacent to the statue, said they showed up for work and it was simply gone. 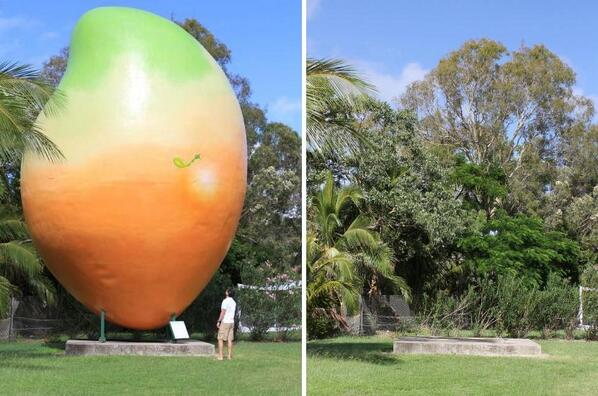 CCTV footage revealed a mobile crane backing up to the statue in the night and taking off with it.

Word quickly spread via social media of the missing mango. 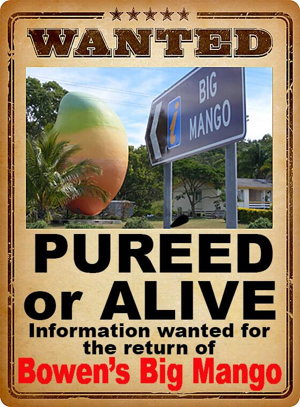 source: Facebook
However, people quickly suspected that the mango heist might be a publicity stunt since no theft report was filed with the police. And sure enough, a chicken restaurant chain, Nando's, has now owned up to the theft. It's some kind of promotion for its new mango sauce.

The mango never traveled very far. It was moved to a paddock behind the information center and covered with a tarp. Nando's claims to have further plans for it. But, in the meantime, they've posted a video showing how they managed to "steal" the mango. [link: npr.org]