No, Beyonce is not offering to pay her interns with selfies 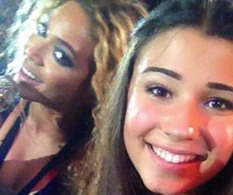 HerCampus, a news site for women in college, recently posted that Beyoncé was looking for interns to help organize the "official Beyoncé archive." She wasn't offering any financial compensation, but she did promise "the opportunity to take three selfies with Beyoncé over the course of the internship."

Quite a few media outlets picked up on the story and reported it as news. It's also circulated widely on social media. But prospective applicants should note that HerCampus posted the announcement on April Fool's Day. In other words, it was a hoax.

It's definitely one of the more successful April Fool pranks this year, because it's completely believable not only that Beyoncé would make such an offer, but that a lot of people would take her up on it.

HerCampus seems to have taken down the announcement. But here's a screenshot of it: