Bethel, Alaska is a small town. Travel writer Harry Franck, writing in the early 1940s, offered this description of it:

Sidewalk lounging New Yorkers would mistake Bethel at the mouth of the Kuskokwim for the end of the earth. But I found it interesting. For one thing I saw there my first Eskimos, at least in their native habitat. Bethel has a truck, too, and maybe a mile and a half of road... Then there is Bethel's boardwalk, a resounding wooden sidewalk that runs the whole length of the single-row town -- and beyond, vaulting a minor stream by transforming itself into a bridge, reverberating on into what I suppose Bethel calls its suburbs. 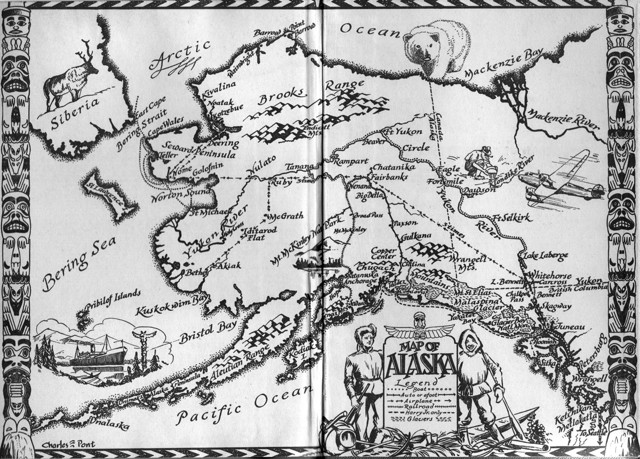 Bethel is on the left-hand side of the map, near Kuskokwim Bay 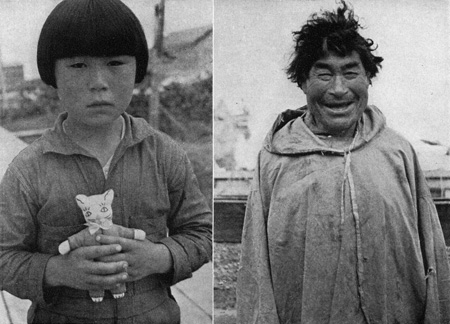 Bethel residents, circa 1940
Bethel isn't much bigger today. It currently has a population of around 6000, many of whom aren't permanent residents. And there are no roads connecting the town to the outside world. You've got to fly, walk, or travel by boat to get there. All of which makes Bethel an unlikely location for what's shaping up to be the most-publicized hoax of 2012.

At the beginning of June, fliers appeared around Bethel announcing that a Taco Bell restaurant would be opening there in time for July 4th. The flier said that positions were available at the restaurant, and listed a phone number for those seeking employment.

Bethel has only one fast-food restaurant, a Subway, so the news that Taco Bell was coming there created enormous excitement. Hundreds of people phoned the contact number -- only to discover they had been taken in by a hoax. The number connected them to a (very annoyed) local resident who wasn't affiliated in any way with Taco Bell.

The fliers turned out to be the result of what local police described as a feud between two Bethel residents. (The names of the two haven't been released... or, at least, I haven't been able to find them.) One of the feuders posted the fliers, listing the other guy's phone number, as a prank. The Anchorage Daily News described it as an "evil hoax."

There was great disappointment in Bethel when everyone realized Taco Bell wasn't opening there. But the story of the taco-loving town made national news, and thereby came to the attention of Taco Bell, whose PR people realized they had a great publicity opportunity on hand.

So Taco Bell arranged for a food truck to be flown into Bethel, and on July 2 gave away over 6000 free tacos to the townsfolk. Most people in the town seemed to appreciate the publicity stunt. Though one resident suggested Taco Bell might try adding some Alaskan-themed ingredients, such as moose or cariboo taco, to its menu. 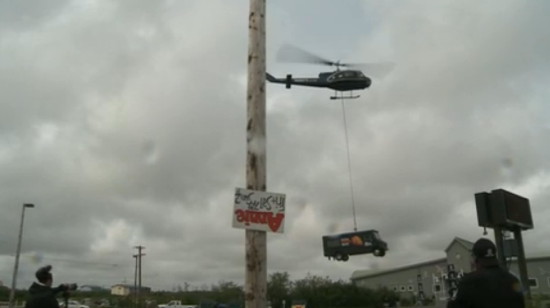 The Taco Bell food truck arrives by air in Bethel 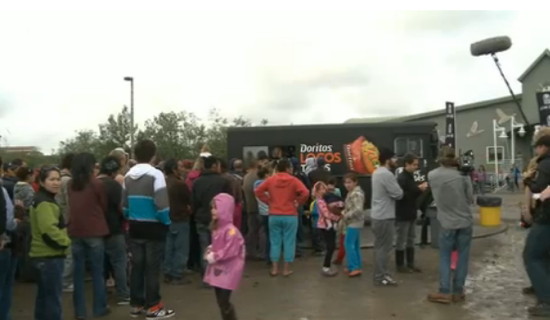 Bethel residents get their tacos
Taco Bell, of course, is no stranger to hoax-themed publicity. See the Taco Liberty Bell hoax of 1996.

I have this mental image of 'Flight of the Valkyrie' blaring on loudspeakers as the truck comes soaring over the countryside...
Posted by Robin Bobcat  in  Californian Wierdo  on  Tue Jul 03, 2012  at  04:33 PM
Had to be here to appreciate