A video has gone viral that shows a bear chasing a cyclist through a forest. The video was uploaded to YouTube on Nov 1, 2014 by "mr.Gregor" who writes:


It was a usual day, I decided tо cycle in the forest and to record my walk on the Gopro. To my great surprise, I met a bear, which hardly наброситься on me. Thanks God, I left alive due to the shots that thundered not far from that location!
The video seems realistic when you first view it. But if you slow it down and watch it frame by frame (see below), it looks a lot less convincing. The bear appears to have been composited into a scene of the forest. First of all, the lighting on the bear is wrong. Strong sunlight appears to be hitting it from behind, even though the day is overcast. And second, in the initial view of the bear, it's in sharp focus, even though the rest of the scene is blurred by motion.

Also, it's questionable that a cyclist could outrun a bear going at full speed.

So I'd call fake on this video.

Incidentally, the creator of the video had an earlier video that went viral, back in September, showing his dog doing the ice bucket challenge. Perhaps he's trying to see how many viral videos he can create! 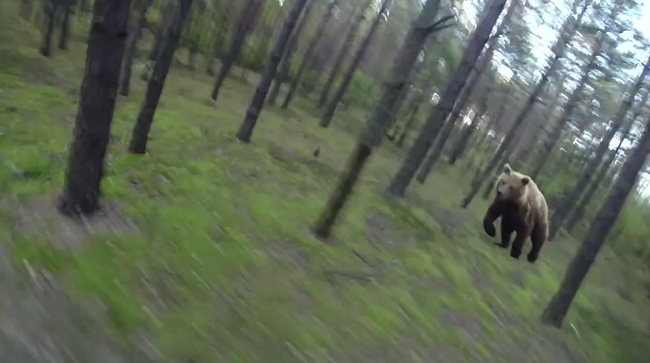 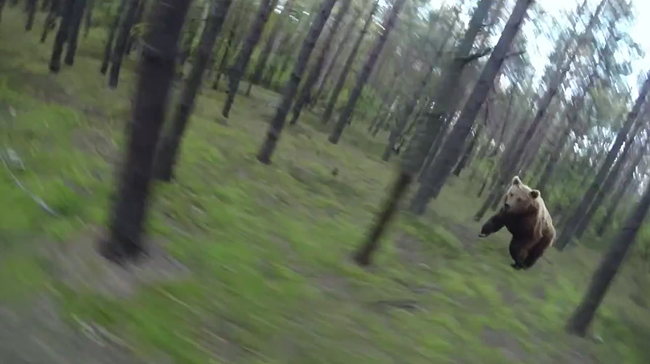 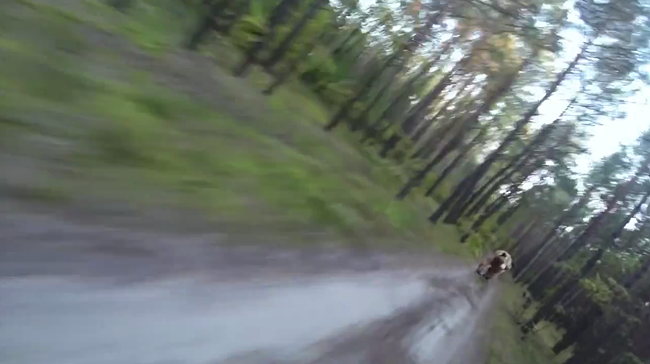 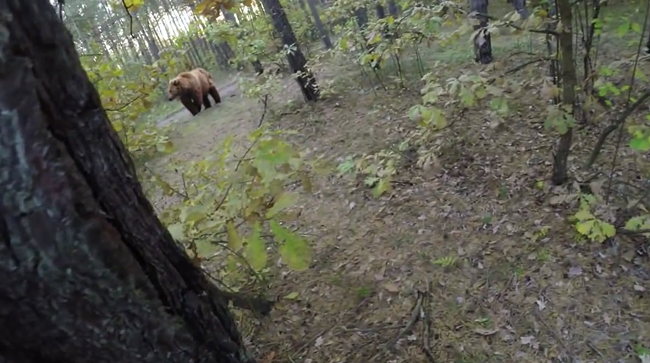