Baby Jesus in the manger watched over by 2 T-rexes 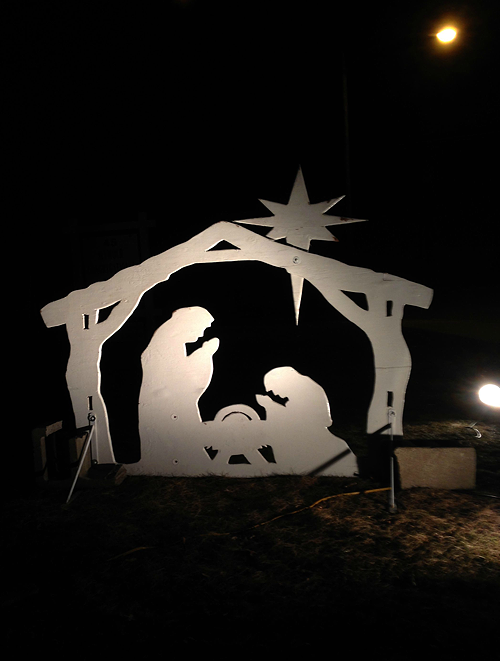 It took me a while to see it, but once you see it, you can't unsee it.

The question is: is this a purposeful illusion, or an accidental one?

As far as I can tell, it's an accidental illusion. In other words, the scene wasn't designed to look like 2 T-rexes in a manger.

The photo comes from redditor "professor_doom" who posted it to reddit.com/r/funny back on Jan 12, 2014.

He says that he was driving along when he noticed the nativity scene and quickly hopped out of his car to take the photo. It was actually the back of the scene that he photographed, although he didn't realize this until later. He says that the front was also white.

In case you still can't see the illusion, it's clearer in this version posted by redditor "Brodivh". 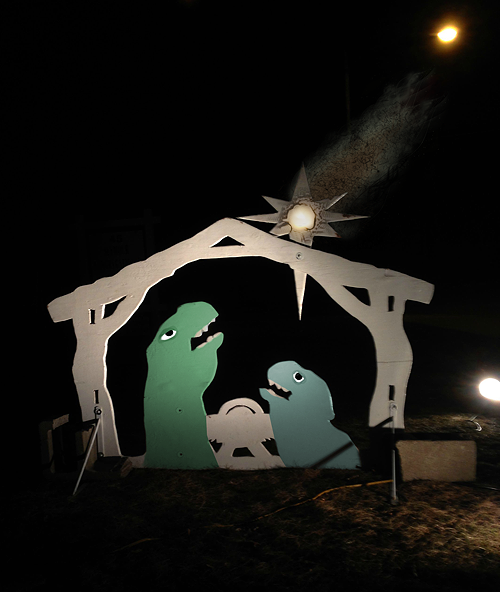 To go even further, baby Jesus looks a little like a traditional flying saucer that has landed.
Posted by Kurt E. Guye  on  Mon Nov 24, 2014  at  09:48 AM
Commenting is not available in this channel entry.