This Day in the History of Hoaxes: August 27 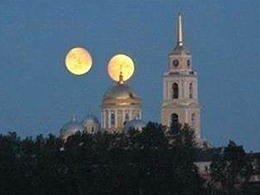 August 27, 2003: Mars as big as the Moon
The news that on this day in 2003 the Earth and Mars would be closer than they had been in 60,000 years (only 56 million km apart) inspired a viral email claiming that on the night of the 27th Mars would "look as large as the full moon" in the sky, and that "No one alive today will ever see this again." Since 2003, this viral email has resurfaced every year as August 27 approaches, despite attempts by NASA (and many others) to debunk it. [NASA]