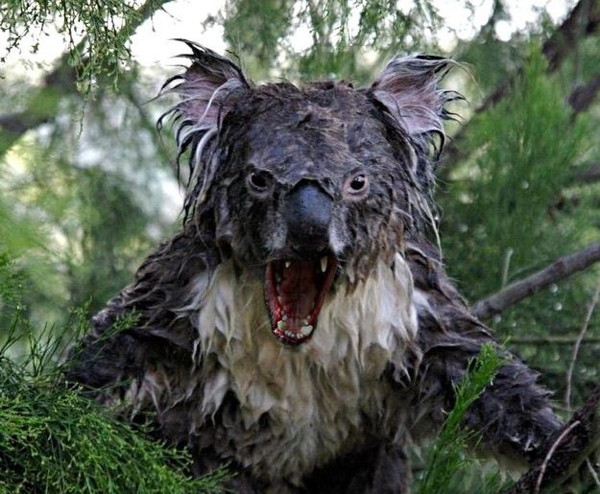 When I saw this photo online a few days ago, I thought, "that koala looks pretty vicious." It didn't occur to me that the image might be fake.

But the reality, I now know, is that the image is fake. Koalas don't have wolf-life jaws.

The original photo (below) was taken in January 2009 by Flickr user Oz_drdolittle, who explains that the koala was wet because he had sprayed it with water:


The poor thing was really hot. (We had a long heatwave recently). I had 3 hanging around the house that I watered twice a day while I was watering the garden. They loved it!  Koalas dont often drink water (they usually get their fluids from the gum leaves), but they certainly lapped it up recently!
I don't know who added the wolf fangs to the picture. Link: NowPublic.com 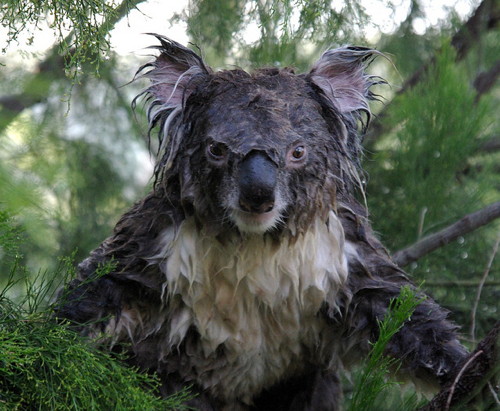 He still looks pretty grumpy at being wet in the original photo, though.