Two years ago the Brooklyn Public Library uploaded a video to YouTube detailing the presence of a ghost in the library:

On October 28, 1977 Agatha Ann Cunningham went missing during her kindergarten call trip to the Brooklyn Public Library. She was never found. The legend says that her ghost haunts the lower level decks of the Central Library.

But even though the entire library administration insists that Agatha's ghost is real, the Brooklyn Daily has some questions. For instance, they wonder why the news clipping about Agatha's disappearance that's briefly shown on screen seems to be a doctored version of a 1979 New York Times article about the disappearance of six-year-old Etan Patz from the Soho neighborhood of Manhattan. 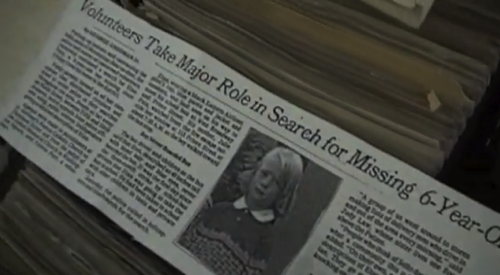 Perhaps this is a case of a hoax within a hoax. The library might be planting fake pieces of information to make it seem as if Agatha's ghost is a hoax, to hide the fact that the ghost is actually quite real!

Very entertaining. I wish the hoaxsters around me put this much effort into 'em.
Posted by hoaxinghal  on  Mon Oct 28, 2013  at  11:49 AM
Commenting is not available in this channel entry.