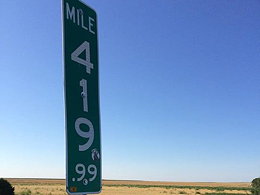 True or False: the "mile 420" highway marker was stolen so often that the Colorado Dept. of Transportation decided to replace it with a marker that read "Mile 419.99."


Answer:
A viral image shows a "Mile 419.99" mile marker, and a caption explains that "The Colorado 420 mile marker kept getting stolen, so CDOT fixed the problem..." 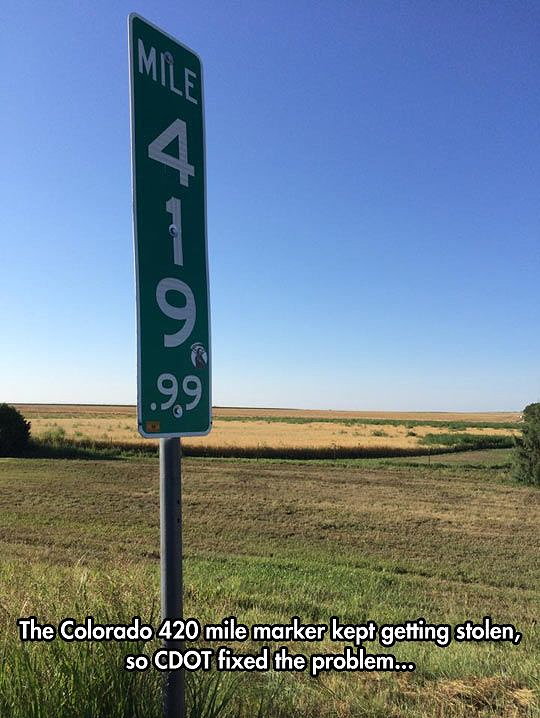 This is actually true.

A January 2014 article on NBC News reported that the "mile 420" sign had been stolen so often that the Colorado Department of Transportation did decide to post a different sign that read "mile 419.99." The sign had attracted thieves because "420" is a popular code-term for marijuana consumption.

Amy Ford, the communications director for the CDOT, confirmed the switch. She also noted that the new sign had been placed more than 50 feet in front of where the old sign stood because "we are nothing if not precise."

There is an apartment complex in Lansing, MI called "Canal Club" that had a similar problem... they used to have the first letter "C" stolen from their sign until they enclosed it! :cheese:
Posted by oppiejoe  in  Michigan - USA  on  Mon Sep 29, 2014  at  02:30 PM
Commenting is not available in this channel entry.