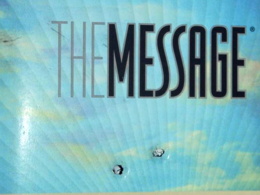 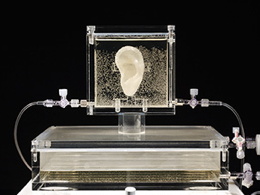 This Day in the History of Hoaxes: July 7 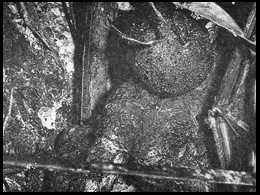 July 7, 1948: Crash of Tomato Man
During the late 1970s, a photo began to circulate within the UFO community that purported to show the remains of a large-headed alien whose craft had supposedly crashed near Laredo, Texas on July 7, 1948. The photo was offered as proof that alien crafts have crashed on Earth. The "alien" figure began to be referred to as "Tomato Man" because of its large, round head. But investigation revealed that the crash scene contained objects that were definitely man-made, suggesting that the photo actually shows the crash of a small plane that occurred more recently than 1948. [ufoevidence.org]
Posted: Mon Jul 07, 2014.   Comments ()

This Day in the History of Hoaxes: July 6 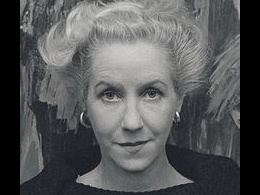 July 6, 1915: Birth of Elizabeth Durack
Elizabeth Durack was an acclaimed western Australian artist. But controversy erupted in 1997 when Durack revealed that she was also Eddie Burrup, an Aboriginal artist. Works by Burrup had appeared in a number of exhibitions of Aboriginal art, which angered many since Durack (aka Burrup) was in no way Aboriginal. However, Durack remained unrepentant since she considered Burrup to be a legitimate alter ego. [wikipedia]
Posted: Sun Jul 06, 2014.   Comments ()

This Day in the History of Hoaxes: July 5 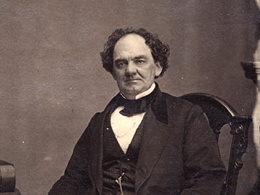 July 5, 1810: P.T. Barnum's Birthday
Happy Birthday, P.T. Barnum! Barnum became one of the most famous men in 19th century America thanks to his realization that "people like to be humbugged" — as long as the humbug provided some entertainment value. So he freely used humbugs to promote his New York museum. His most famous deception was probably the Feejee Mermaid hoax of 1842 in which he lured huge crowds to his museum with ads that showed a beautiful, bare-breasted creature. But what people found on exhibit inside was a small, wizened creature, that was actually the head of an ape stitched onto the body of a fish. More…
Posted: Sat Jul 05, 2014.   Comments ()

This Day in the History of Hoaxes: July 4 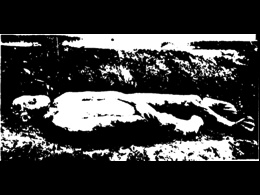 July 4, 1879: The Taughannock Giant
Residents of the town of Trumansburg, in upstate New York, came out to see a giant "Stone Man" that had recently been discovered buried near Taughannock Falls. But the excitement only lasted a few days, since it soon became known that the figure wasn't a petrified prehistoric man, as originally thought, but rather a fake created by local hotel owner John Thompson to drum up publicity for his business. [Taughannock Stone Man]
Posted: Fri Jul 04, 2014.   Comments ()

This Day in the History of Hoaxes: July 3 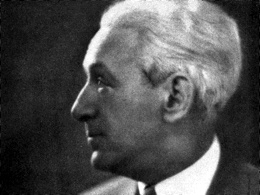 July 3, 1931: Death of Harry Reichenbach
Harry Reichenbach was a press agent for the movie industry, known for staging outrageous stunts and hoaxes for the sake of publicity. He was best known for the "September Morn" hoax of 1913 in which he pretended to complain about the indecency of a painting, thereby bringing it to public attention and leading to the sale of millions of copies of it. Ironically, it is now clear that although Reichenbach took credit for the painting's popularity, he could have played no role in its promotion, which reveals that ultimately he was best at promoting himself.
Posted: Thu Jul 03, 2014.   Comments ()

This Day in the History of Hoaxes: July 2 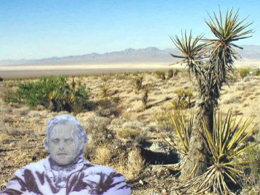 July 2, 1874: Solar Armor
An article that ran in Nevada's Territorial Enterprise newspaper described the case of a man who had invented "solar armor." The armor counteracted the heat of the sun, cooling the wearer more the hotter it grew outside, but his invention worked so well that it caused him to freeze to death in the middle of the Nevada desert during the Summer. Summaries of this curious case soon appeared as fact in papers throughout America and Europe. In reality, the story was the satirical creation of humorist Dan De Quille. More…
Posted: Wed Jul 02, 2014.   Comments ()

This Day in the History of Hoaxes: July 1 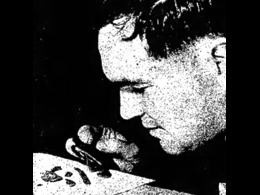 July 1, 1959: Watch Found in Shark Hoax
Boat captain Joe St. Denis admitted that the story he had told about finding a wristwatch in a shark's stomach was a hoax. St. Denis caught the 12-foot, 750-lb shark off Catalina Island and then gave the watch (supposedly taken from its belly) to the Sheriff's office who attempted to find out if it belonged to any missing persons. Eventually St. Denis conceded that his entire tale was a "big fat happy hoax." The watch was an old one he had smashed up and dipped in acid. His motive for inventing the story was that he "wanted in the news."
Posted: Tue Jul 01, 2014.   Comments ()
Page 3 of 3 pages  < 1 2 3