The White Pine Monograph Series was a series of carefully researched, high quality brochures, paid for by Weyerhaeuser mills and edited by Russell Whitehead, that collected together photographs, drawings, and descriptions of early American buildings built with white pine. It was published bimonthly between 1915 and 1940, and sent to architects, with the goal of encouraging them to use white pine as a building material. The series was considered to be so expertly produced, that many architects preserved bound copies of the monographs in their offices. The series can still be found in many architectural libraries today.

Given its intended audience, the White Pine series was not the kind of publication that contained a lot of humor. However, it did include one unusual item. The April 1920 issue (vol. VI, No. 2) contained an article, written by Hubert G. Ripley, about the town of Stotham, Massachusetts. It contained many photographs of houses and buildings in the town. 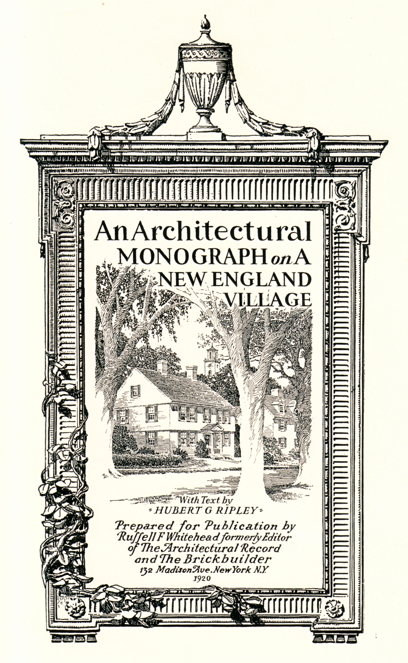 Frontispiece of Hubert Ripley’s article
The article began by offering a short history of the town:


When Zabdiel Podbury fled from Stoke-on-Tritham in the Spring of 1689 with Drusilla Ives, taking passage on the bark Promise, sailing for Massachusetts Bay, it was not realized at the time that, from this union, and the joint labors of the Penthesilean pair, the village of Stotham (so named by them in memory of their autochthonous abode) would in later days come to be regarded as a typical example, athough, perhaps, not so well known, of the unspoiled New England Village. 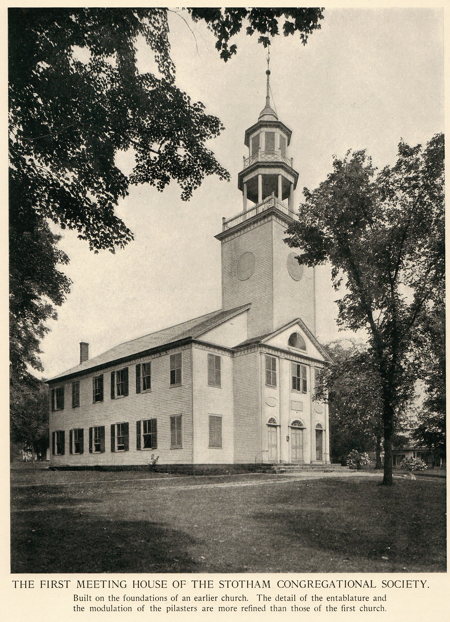 The building identified as the 'Meeting House of the Stotham Congregation Society (above) was, in reality, the North Congregational Church Parish House of Woodbury, Connecticut (below -- click to view on Google maps). 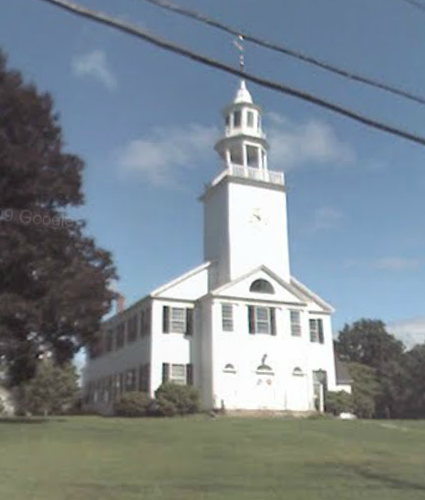 Ripley proceeded to paint a picture of Stotham as a village seemingly untouched by modernity, where ancient traditions were kept alive. He offered brief histories of some of the homes, such as the Rogers mansion, known locally as the "Haunted House." He also praised the townsfolk themselves:


It is the personal contact with the people themselves that lends an elusive charm to the externals of their environment. As the houses seem to show by their aspect, they are the personification, in their external and internal attributes, of the simplicity of life, and the friendly point of view, of the gentle folk who live in them.
Stotham, Ripley concluded, was a village "where the quintessence of naturalness finds its ultimate expression."


Questions Arise
For over two decades no one questioned Ripley's article about the idyllic town of Stotham. It was only when Leicester B. Holland, head of the Fine Arts Department of the Library of Congress, asked his staff to catalog all the material in the White Pine Series, that anyone realized something was amiss.

Holland's staff reported back to him that they had successfully cataloged everything in the series, but that they had encountered a problem when they came to the article about Stotham. Try as they might, they couldn't find any evidence of the town's existence, despite having pored over maps and histories of Massachusetts. Nor could they find references to any of the characters, such as Zabdiel Podbury, mentioned by Ripley in his article. 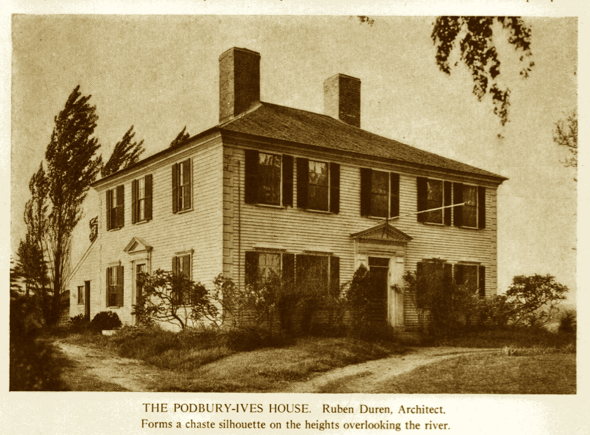 In reality, a house in Bedford, Massachusetts
Later Holland ran into Russell Whitehead, the former editor of the White Pine Series, and took the opportunity to ask his help in identifying the details of Stotham. John Harbeson, in an article that appeared in the May 1964 issue of The Journal of the Society of Architectural Historians, described what happened next.


There was a short silence during which Whitehead maintained a completely expressionless face, and then a sly smile passed across it. Finally he told this story. As the early numbers had been assembled, about Quincy, the Boston Post Road, the Wooden Architecture of the Lower Delaware Valley, etc., the most appropriate photographs of whole buildings or of details were chosen for publication. Always a few were left over, as not being quite as good, or simply because there was not sufficient room. These were put in a big drawer. After a while the drawer was quite full. He and Hubert Ripley were looking through it one day; they were of the opinion many of the photographs were too good to be wasted, and they felt the public to which the White Pine Series was addressed was being deprived of some charming documents that would surely serve a purpose to the avid users of the data, many of them architects proud of their 'Early American' work. And so the plan was formed to create a village in which 'Zabdield Podbury who married Drusilla Ives, a Penthesilean pair named the village they founded Stotham, in memory of their autochthonous abode.'
In other words, although Stotham would have been a charming place to visit, it unfortunately didn't exist.
Links and References
Photo Categories: False Captions, Advertising, Architecture, 1920-1939
Tweet