Portrait of the Photographer as a Drowned Man

During the 1830s there was a race among inventors to be the first to perfect the photographic process. Louis Daguerre won the race (at least, he was the first to patent a process) and gained all the glory. However, this left other inventors feeling bitter. For instance, Hippolyte Bayard had independently invented a rival photographic process known as direct positive printing, and had done so as early as Daguerre, but his invention didn't earn him fame and riches. Frustrated, he created a photograph to express his feelings, showing himself pretending to be a suicide victim. 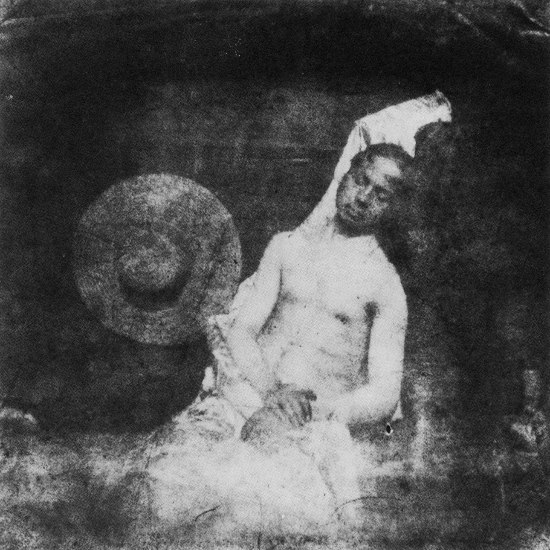 Bayard wrote an explanatory note on the back of the photo:

The corpse which you see here is that of M. Bayard, inventor of the process that has just been shown to you. As far as I know this indefatigable experimenter has been occupied for about three years with his discovery. The Government which has been only too generous to Monsieur Daguerre, has said it can do nothing for Monsieur Bayard, and the poor wretch has drowned himself. Oh the vagaries of human life....! ... He has been at the morgue for several days, and no-one has recognized or claimed him. Ladies and gentlemen, you'd better pass along for fear of offending your sense of smell, for as you can observe, the face and hands of the gentleman are beginning to decay.
So while Bayard is not remembered as the first to invent photography, he is remembered for a different kind of first — the first to fake a photograph.

Despite his frustration at being underappreciated, Bayard continued to be a productive photographer. Two years later, in recognition of his contributions, he was given a prize of 3000 francs by the Societe d'Encouragement pour l'Industrie Nationale.
Links and References
Photo Categories: Staged Scene, Death, Striking a Pose, Before 1900
Tweet