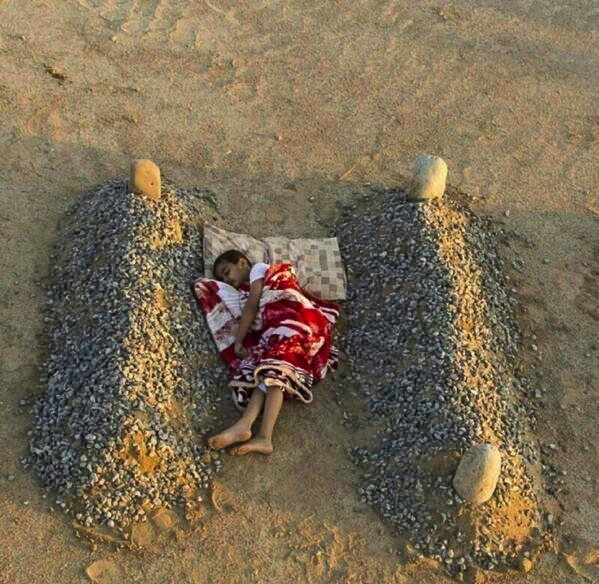 The photo, as captioned, tugged at the heartstrings. So it was no surprise that it quickly went viral. But it was soon revealed to be a staged shot taken by a photographer in Saudi Arabia as part of a conceptual art project. The graves were fake, and the boy was the photographer's nephew.

The photographer, 24-year-old Abdel Aziz Al-Atibi took the photo of his nephew Ibrahim on January 3, 2014. He then posted it to his Instagram account, with the message, "Some kids might feel that their dead parents' bodies are more affectionate to them than the people they're living with." He later explained to beirut.com: "I'm a photographer and I try to talk about the suffering that is happening in society, it's my hobby and my exaggeration is intended to deliver my idea."

The image quickly went viral, but as it did so people assumed it showed a child whose family had been killed during the conflict in Syria. And it quickly gained a caption to that effect.

When Al-Atibi learned of how the photo was being misunderstood, he uploaded more photos showing other shots of his nephew during the photoshoot, to demonstrate that the scene was a staged art project. 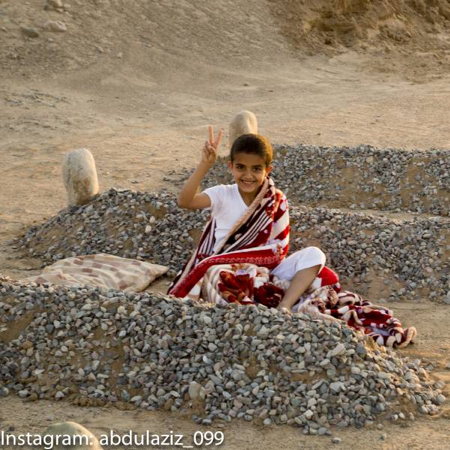 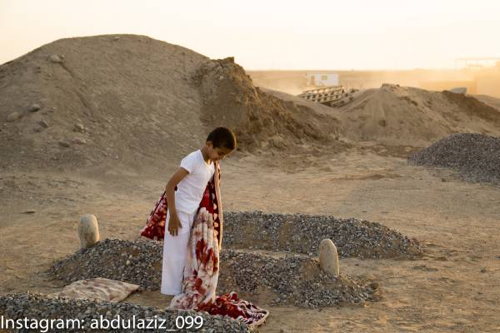