Newspapers and magazines like to print pictures of attractive young women, especially if the pictures are vaguely newsworthy. For instance, if the woman has just been awarded a title such as "Miss Congeniality," that's usually justification enough to run her photo.

Arthur Davis took full advantage of this. In 1950 he ran Arthur Davis Associates, a New York-based modeling agency and foreign film distribution company. In order to promote the models and actresses he represented, he would invent phony titles, such as "Miss Perfect Profile," supposedly awarded by fictitious but high-sounding organizations such as the "Plastic Surgeons Institute." He would send notice of these awards to the papers, along with a provocatively posed photo. The papers usually happily took the bait.

One time, it's said, he distributed a picture of a man (above) who he said was "selected by the Institute of Executive Secretaries" as "the boss they'd most like to stay in with after office hours." A few papers ran it. The picture was of himself.

Below are examples of some of the photos he distributed to the media, along with the phony titles and organizations he invented. 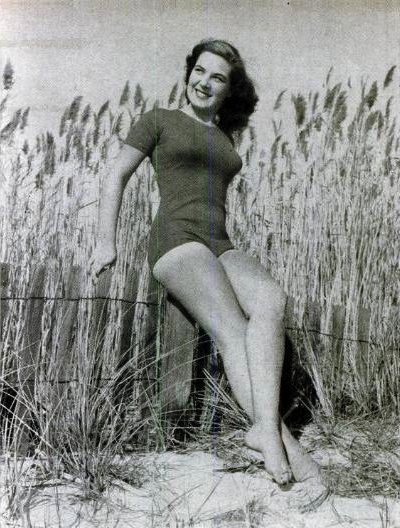 Cocoa Brown, according to Davis, was named "Miss Perfect Profile" by the "Plastic Surgeons Institute." He also claimed she was named "Miss Outdoor Girl" by the "Society of Western Real Estate Salesmen." 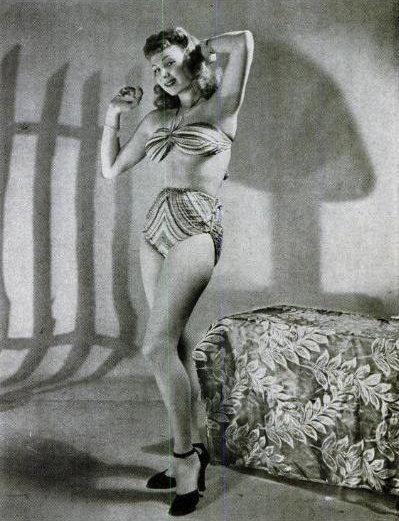 
Queen of Canasta and Miss Panda 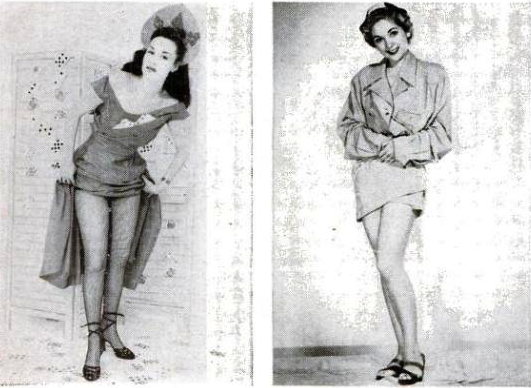 Davis claimed that the "Playing Card Dealers of America" chose Betty Price (left) to be "Queen of Canasta," while Joan Otti (right) was selected to be "Miss Panda" by Panda Manufacturers because she was the "girl they'd most like to pet." 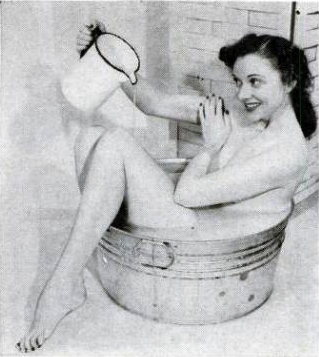 During New York City's water crisis, the "Citizens Committee for Emergency" chose Katie Autry to be "Miss Water Conservation," according to Davis. 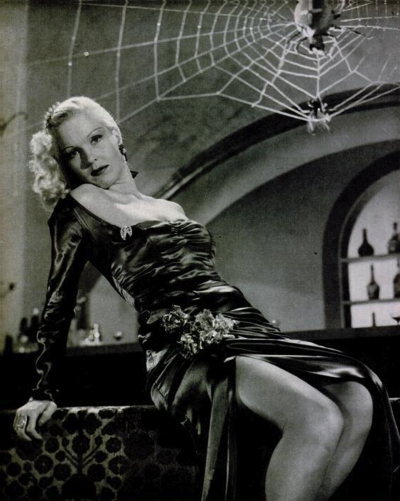 Eva Dahlbeck, star of the Swedish film Caged Woman (which Davis distributed), was supposedly selected by the Wardens Association of North America as "the kind of cellmate they would choose."
Links and References
• "Speaking of pictures... A press agent's fakes get printed." (Feb 27, 1950). Life. pgs. 12-13.
Photo Categories: False Captions, Advertising, 1940-1959
Tweet