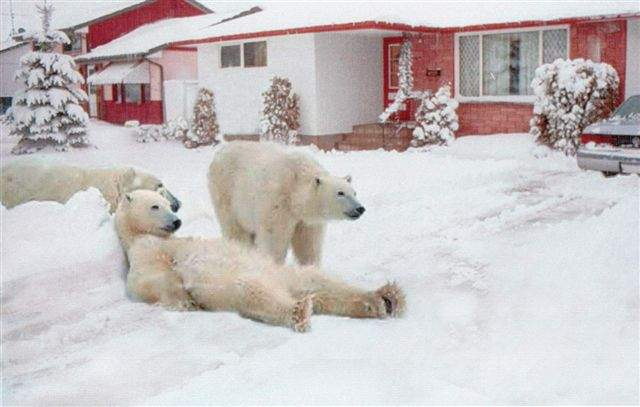 The image showing lazy polar bears relaxing outside a suburban home has circulated online since around 2003. It's often captioned "Manitoba Home Security." (Other city names are sometimes substituted.) Obviously no one would want to approach this home.

In reality, the image is a photomontage. The polar bears were cut-and-pasted from an image (below) titled "Bad Boys of the Arctic" taken in Hudson Bay, Canada by nature and wildlife photographer Thomas Mangelsen. The original has also circulated online (unattributed) with the caption "Lazy Polar Bears."