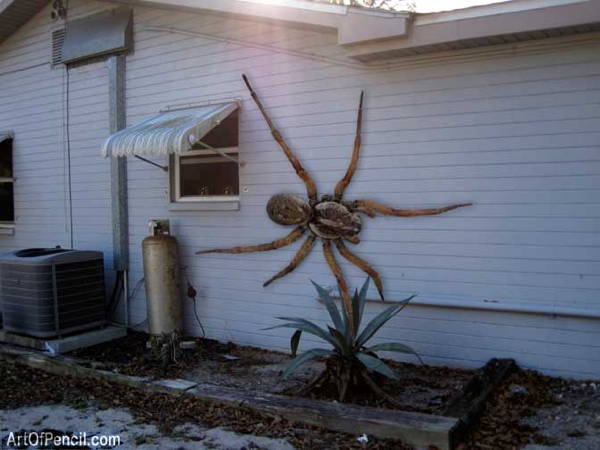 Thankfully spiders don't actually get this large. The largest spiders in the world are only about as big as an adult human's hand.

The above image was created by artist/photographer/musician Paul Santa Maria in 2011 after he snapped a photo of a large wolf spider outside his Florida home. Twenty minutes of photoshopping later, he had transformed the normal-sized spider into a monster almost as large as his house. 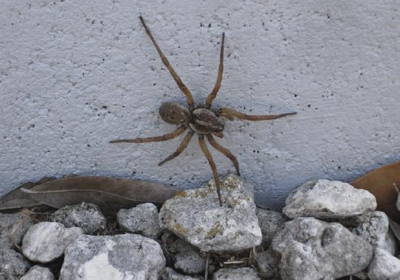 The original image of a wolf spider that Paul Santa Marie used to create the hoax photo
He uploaded the photo to his Facebook page, intending it as a bit of photographic humor. He captioned it, "Sure You Want To Move To Florida?"

Within hours the image had gone viral, and soon the Internet had supplied the photo with a new, more alarming caption:


it's a new Spider call the Angolan Witch spider. They migrated from South America. They primarily eat dogs and cats In Texas this abnormally large spider was found on the side of this home. It took several gun shots to kill it.

"Angolan Witch Spider" is a creative name, but there is no such species in reality.
Links and References
Photo Categories: Composite Images, viral images, Very Large Animals, 2005-Present
Tweet