The Venus of the Turnip Patch 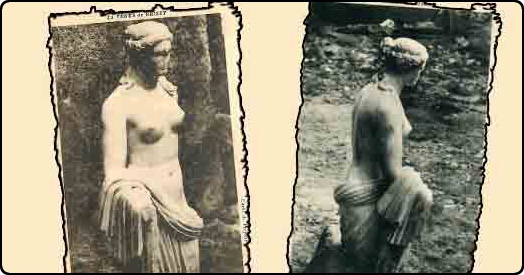 A French farmer found a marble sculpture buried in his turnip field. Art experts hailed it as a great discovery and identified it as a Greco-Roman work from the 1st century BC. But when arrangements were made to transfer the statue to Paris, a little-known artist named Francesco Cremonese came forward and revealed that he had made the statue and buried it two years ago. As proof, he had the matching arm and nose, chiseled from the piece before he placed it in the ground. Cremonese explained that he had created the statue to demonstrate that his lack of recognition as an artist was undeserved, and that he was just as good as the masters of antiquity.
Hoaxes of the 1930s Satirical Art Hoaxes
Tweet