Thomas Chatterton and the Rowley Poems 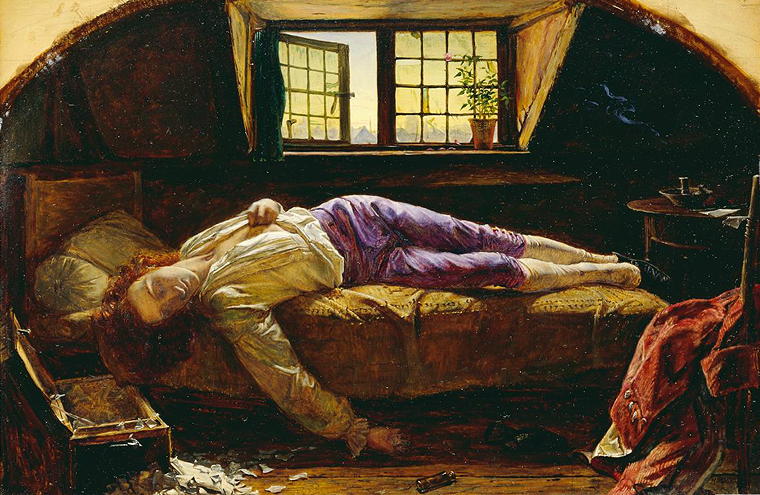 As a young boy growing up in Bristol, Thomas Chatterton (1752-1770) spent a great deal of time with his uncle, the sexton of the St. Mary Redcliffe Church. A sensitive, artistic child, Chatterton began to imagine what the life of the monks who had lived in the church during the fifteenth century must have been like. He even invented in his mind the character of a 15th century priest named Thomas Rowley.

Most children manage to maintain a line between their imaginary life and reality, but Chatterton's medieval fantasy world materialized into solid, tangible form when he claimed to have found poetry written by his imaginary priest tucked away in a back room of the church. He showed it to the law partner of his employer, a Bristol attorney, who believed it to be authentic 15th century material and bought it from him.

Emboldened by this success, Chatterton began 'finding' more of Rowley's poetry. He also produced poems using his own name, but found that anything by Chatterton was ignored, whereas work by Rowley was eagerly sought after.

In April 1770, Chatterton left for London, determined to make it on his own merits as a writer. But four months later, on August 24, 1770, unable to find any work, without money, and near starvation, he penned a farewell poem: "Have mercy, Heaven! when here I cease to live / And this last act of wretchedness forgive." He then poisoned himself with arsenic. He was only seventeen years old.

Upon his death, Chatterton's work was discovered and published. It ended up becoming enormously popular and exerted a strong influence upon the later Romantic poets. Wordsworth, for instance, referred to him as 'the marvelous boy' and Keats dedicated Endymion to him.

The scene of Chatterton's death became a popular subject for artists to depict. The image at the top of the article is from an 1856 oil painting by Henry Wallis titled The Death of Chatterton. In the painting, you can see the vial of poison lying on the floor near Chatterton's right hand.

The drawing below is by John Flaxman, completed circa 1775-80. It is titled ""Thomas Chatterton, poet, receiving a bowl of Poison from Despair." 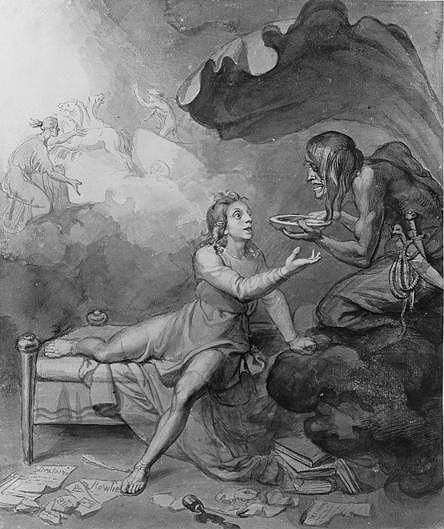