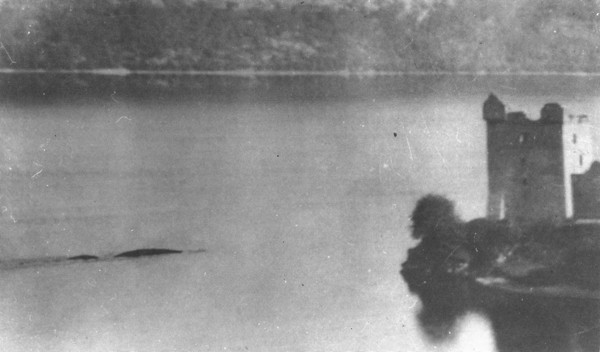 On July 29, 1955, bank manager Peter MacNab snapped a photo of something large moving through the water of the loch near Urquhart Castle.

But when researcher Roy Mackal studied the photo, he discovered differences between the negative of the image and the print that MacNab had originally shown to the media. Specifically, there was more of the image in the print than there was in the negative (the tree at the bottom left is missing from the negative). This led him to conclude that the "negative" had been created by re-photographing a print. In other words, it was clear that the image had been doctored.
Loch Ness Monster Hoaxes
Tweet