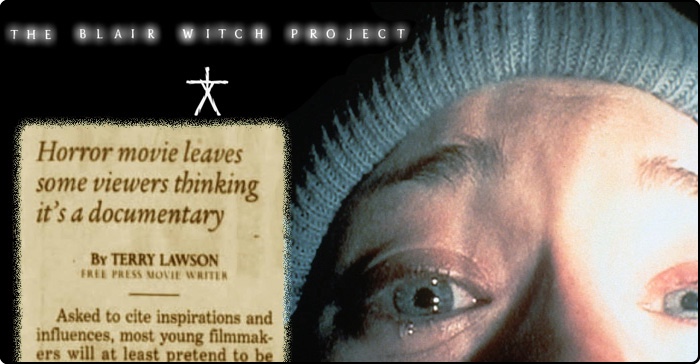 The Blair Witch Project opened on July 30, 1999 and quickly became a multimillion-dollar box-office sensation, grossing over $248 million worldwide. This made it one of the most successful independent films ever, since its entire production budget was only around $500,000. (Figures as low as $20,000 are often cited, but these seem to be an exaggeration.)

Much of its success owed to a marketing scheme centered around a website, blairwitch.com. The premise of this site (and the movie) was that in 1994 three student filmmakers had disappeared in the woods near Burkitsville, Maryland while shooting a documentary about the local legend of the Blair Witch. Supposedly the Blair Witch was Elly Kedward, a woman who had been accused of witchcraft and child murder back in 1785 and had been banished from the town, left to die of cold in the woods. Her spirit was said to still haunt the area. The student filmmakers (so the film implied) had an unfortunate run-in with this vengeful ghost. 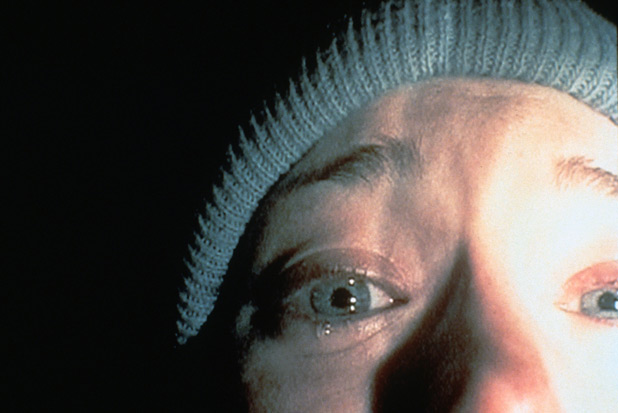 A student filmmaker, lost in the woods
Visitors to blairwitch.com could view detailed historical information about the legend of the Blair Witch, including old photographs, police reports, letters, and interviews with officials. It was all so convincing that many people were fooled into believing that Elly Kedward was a real historical figure, and that there really was a legend of a Blair Witch. There wasn't. The entire tale was fictitious.

The site revolutionized internet marketing. Movie studios started churning out hoax websites to accompany their movies, in the hope of generating the same kind of buzz that the Blair Witch Project enjoyed. None of these efforts has yet matched the success of BlairWitch.com.
Advertising Hoaxes Internet Websites Movies Hoaxes of the 1990s
Tweet

(laughs) I was one of those people who believed it! I saw the movie BEFORE it was known that it was fake. That night, me and my boyfriend went to the mountains and as he was holding me, he said that I was shaking. I was literally shaking! That's how much the movie affected me when I thought it was true. Silly me!
Posted by Linda  on  Wed Mar 21, 2012  at  11:35 AM