In February 1964, four paintings by a previously unknown avant-garde French artist named Pierre Brassau were exhibited at an art show in Göteborg, Sweden. Also at the show were works by artists from England, Denmark, Austria, Italy, and Sweden, but it was the works of the French artist that attracted all the attention. 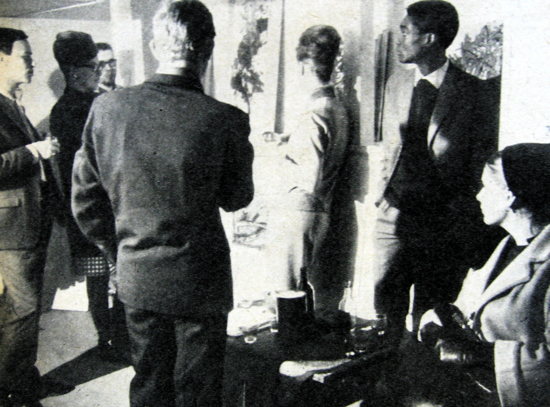 The art show in Göteborg
Art critics, journalists, and students, glasses of wine in hand, silently contemplated Brassau's creations. Their praise was almost unanimous. Rolf Anderberg of the morning Posten later wrote that most of the works at the show were "ponderous," but not those of Brassau:


"Pierre Brassau paints with powerful strokes, but also with clear determination. His brush strokes twist with furious fastidiousness. Pierre is an artist who performs with the delicacy of a ballet dancer."
One lone critic panned Brassau's work, declaring, "Only an ape could have done this." As it turned out, this critic was correct. Pierre Brassau was, in fact, an ape. Specifically, he was a four-year-old West African chimpanzee named Peter from Sweden's Boras zoo. 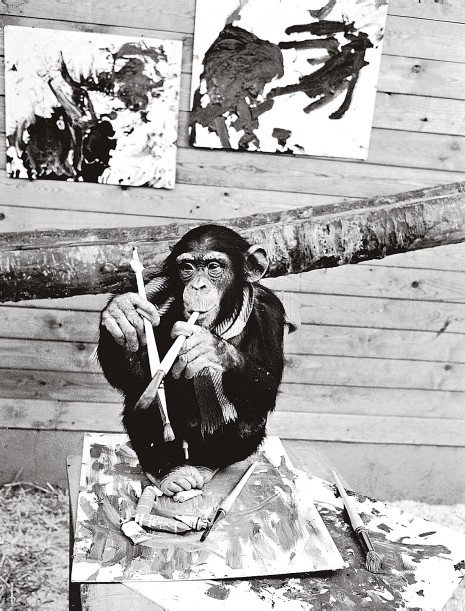 Pierre Brassau
Perpetrating the Hoax
Pierre Brassau was the invention of Åke "Dacke" Axelsson, a journalist at the Göteborgs-Tidningen, one of Goteborg's daily papers. He came up with the idea of exhibiting the work of a monkey in an art show as a way of putting critics to the test — would they be able to tell the difference between modern art and monkey art?

Axelsson persuaded Peter's 17-year-old keeper to give the chimpanzee a brush and oil paints. Initially Peter preferred eating the paint to placing it on a canvas. He especially liked the tart flavor of the cobalt blue. But eventually he started smearing paint on the canvases provided to him. Because of his taste preferences, cobalt blue featured heavily in his work. 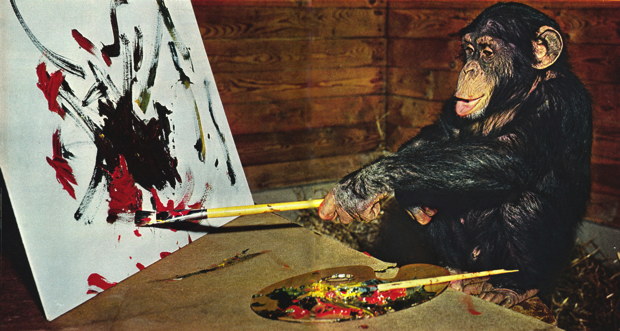 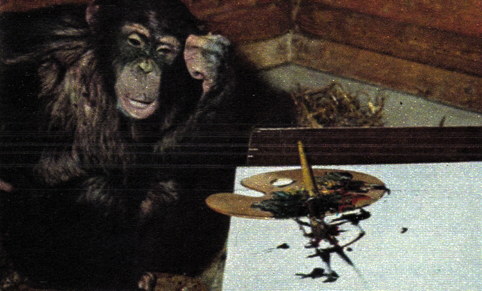 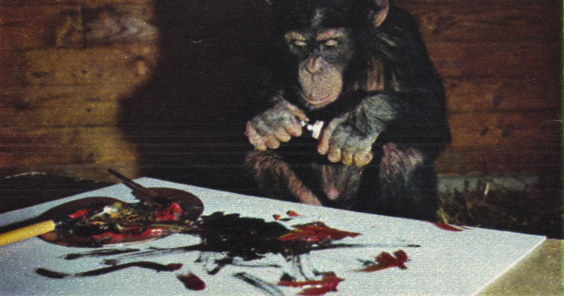 Brassau at work
When painting, Peter always had a bunch of bananas close at hand. The rate at which he consumed them matched his level of creativity. During periods of great inspiration, he would eat as many as 9 bananas in ten minutes.

After Peter had created a number of paintings, Axelsson chose what he considered to be the four best and arranged to have them exhibited in an art show at the Christina Gallery. 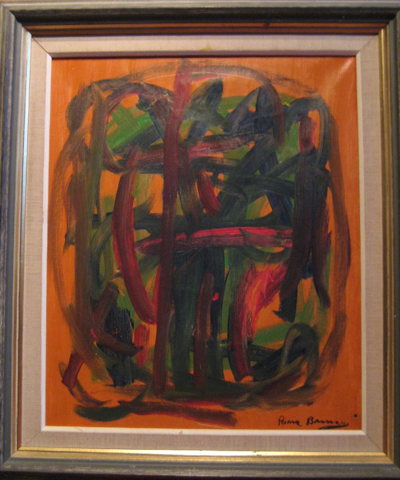 A Brassau original
After Axelsson revealed the hoax, Rolf Anderberg (the critic who had praised the work) insisted that Pierre's work was "still the best painting in the exhibition."

A private collector bought one of Brassau's works for $90 (about $600 in 2008 money based on the consumer price index).

In 1969 Peter was transferred to the Chester Zoo in England, where he lived out the remainder of his life. 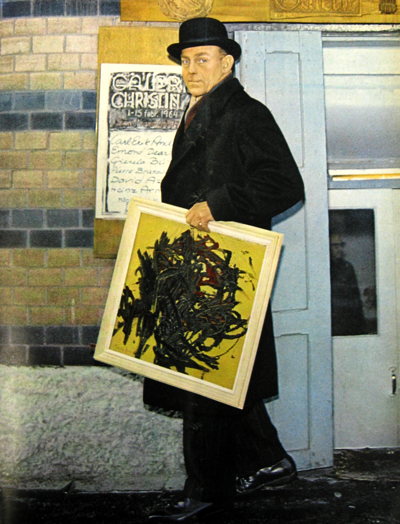 Bertil Eklöt, who became the first person to purchase a Brassau
Other Monkey Artists
In December 2005 German newspapers reported that Dr. Kajta Schneider, director of the State Art Museum of Moritzburg in Saxony-Anhalt, was asked to identify the artist responsible for a painting. She responded that it looked like an Ernst Wilhelm Nay. Nay is a Guggenheim Prize winning artist famous for using blotches of color.

In reality, the canvas was the work of Banghi, a 31-year-old female chimpanzee from Halle zoo. When her error was revealed to her, Dr. Schneider said, "I did think it looked a bit rushed."

Banghi reportedly enjoyed painting, although most of her works were destroyed by her mate Satscho.
Links and References
Animals Art Satirical Art Hoaxes Hoaxes of the 1960s
Tweet

I would love to have one of those paintings.