Margaret Mead and the Samoans

In 1925, 24-year-old Margaret Mead traveled to Samoa where she stayed for nine months conducting anthropological research. On her return she wrote Coming of Age in Samoa, which was published in 1928. She portrayed Samoa as a gentle, easy-going society where teenagers grew up free of sexual hang-ups. Premarital sex, she claimed, was common. Rape was unheard of. Young people grew to adulthood without enduring the adolescent trauma typical in western countries. She used these findings to support her thesis that culture, not biology, determines human behavior and personality. The book became an anthropological classic, read by generations of college students. 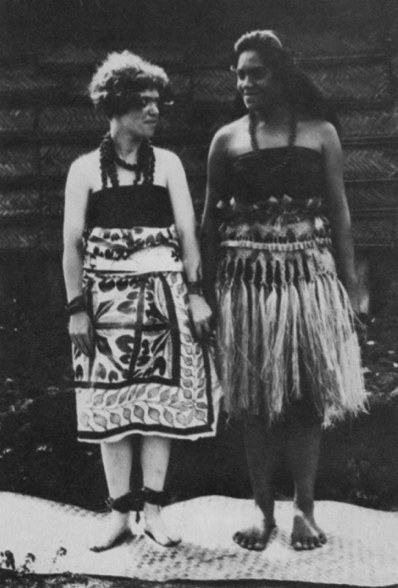 Margaret Mead (left) poses with the daughter of a chief.
The picture was taken in 1925, during her stay in Samoa. 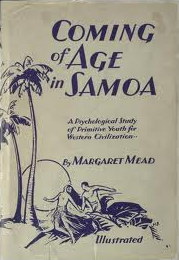 However, in 1983 New Zealand anthropologist Derek Freeman published Margaret Mead and Samoa: The Making and Unmaking of an Anthropological Myth, in which he challenged her claims. He argued that the reality of Samoan culture was very different from what Mead had portrayed. Samoans, he insisted, actually had rather puritanical attitudes about sex. Rape was common. Men were aggressive. Premarital sex was disapproved of. In fact, a great emphasis was placed upon a woman being a virgin when marrying.

Freeman subsequently suggested that Mead had been the victim of a hoax, played upon her by the teenage girls she had interviewed. They had lied to her, inventing wild tales about premarital sex to impress her. Freeman even tracked down one of her informants (by then an old woman) who admitted exactly this. 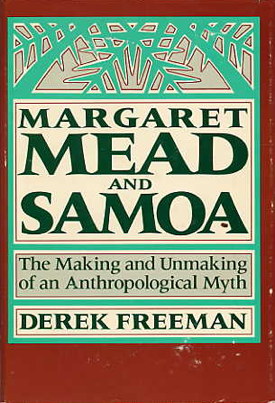 The issue remains controversial, though subsequent research has tended to favor Freeman's position. Freeman's supporters point out that Mead knew little of the Samoan language when she did her research, conducting interviews through a translator. She didn't remain in Samoa long enough to become truly familiar with the culture, and she relied on information from a relatively small group of young women.

But Mead's supporters note that Samoan culture changed dramatically between the 1920s and 1980s, becoming much more conservative. Also, it was more likely that the informants would lie to Freeman, a middle-aged man, than to Mead, a young woman close to them in age.

Mead's later ethnographic work, from the 1930s, has also been criticized for having factual errors. For instance, she claimed that the Mountain Arapesh, a tribe of New Guinea yam gardeners, were pacifists, having no knowledge of the concept of war. Other researchers contend that the opposite is true — that approximately half the adult male Arapesh had killed people in battle.
Links and References
Controversies Science Anthropology Hoaxes of the 1920s
Tweet

How is Margaret Mead's portrayal of Samoa different from that of Derek Freeman's?
What has anthropology learned from this controversy? Is either anthropologist right or wrong?
Thanks.