No matter how bad the movies of Columbia Pictures were, there was always one reviewer sure to heap praise on them — Dave Manning of the Ridgefield Press. For instance, while other reviewers skewered 2000's Hollow Man, Manning declared it, "One hell of a scary ride!" He lauded Rob Schneider's sophomoric comedy The Animal (2001), saying, "The producing team of 'Big Daddy' has produced another winner!" And he recommended The Forsaken (2001) as "a sexy, scary thrill ride!" His comments appeared prominently in print ads for these films. 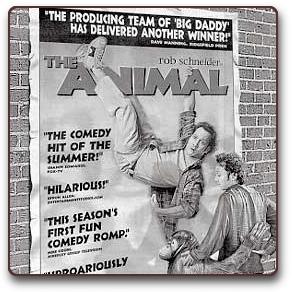 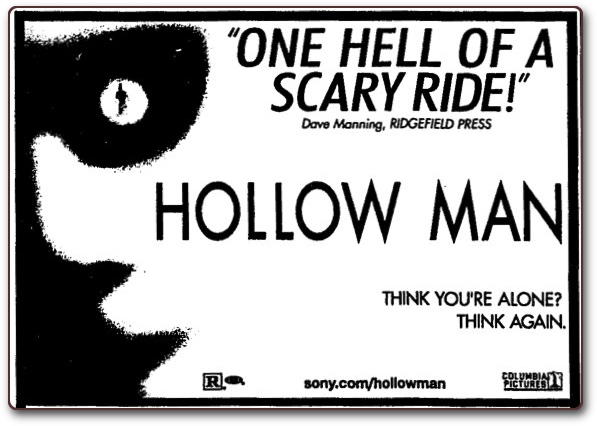 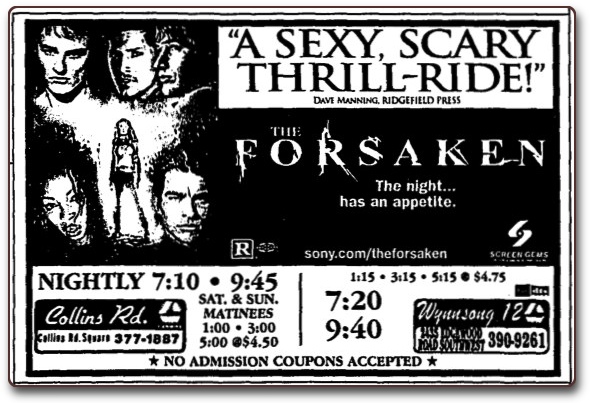 Dave Manning's rave reviews might have gone unnoticed forever. After all, few people pay much attention to the hyperbolic comments that grace movie ads. However, during the course of investigating the journalistic subworld of movie junkets, Newsweek Reporter John Horn uncovered the curious truth behind Dave Manning. The Ridgefield Press, a small weekly newspaper based in Connecticut, had never heard of the man. Nor was Manning known by any of the other reporters who frequented the junket circuit. In fact, Manning didn't exist at all. He was, Horn discovered, the fictional creation of a young marketing executive at Sony, the parent company of Columbia Pictures.

Apparently the executive, who has remained anonymous, created the Manning character around July 2000. He used the Ridgefield Press because he himself had grown up in Ridgefield. It's not clear whether others at Sony knew of the deception, or whether the executive acted alone.

John Horn exposed the reality behind Dave Manning in an article that appeared in early June 2001. He noted that the most curious aspect of the whole affair was why Sony would have felt the need to invent movie reviews in the first place. During movie junkets, the studios pamper critics with all-expense paid weekend getaways. In return for this star treatment, many critics are happy to print whatever the studios want them to about their movies.

Sony pulled the ads, but it staunchly insisted on its right to have printed them in the first place, claiming they were a form of free speech. When filmgoers brought Sony to court over the deception, Los Angeles Justice Reuben Ortega didn't buy Sony's 'free speech' defense, claiming it was entirely frivolous. The Justice remarked that he hoped the filmgoers succeeded in their case against Sony, noting that if they did then "no longer will people be seen lurching like mindless zombies toward the movie theatre, compelled by a puff piece. What a noble and overwhelming undertaking."

Sony eventually paid a $1.5 million out-of-court settlement as well as $325,000 in fines to the state of Connecticut.
Links and References
Advertising Hoaxes Fictitious Persons Movies Hoaxes of the 21st Century
Tweet

Until recently, folks would have shrugged this off as a joke, considering the bad publicity as punishment. Now the Justice Dept has to get involved? And why should CT get money because of this?
Posted by steve Bryant  on  Sat Nov 15, 2014  at  05:26 AM
They seemed to have done it again to sell their attempt at remaking Ghostbuters. Old habits, like Bruce Willis, Die Hard.
Posted by Mister Forth  on  Mon Jul 11, 2016  at  02:01 PM