Dan Rattiner, the Hoaxer of the Hamptons 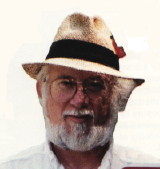 In 1960, twenty-year-old Dan Rattiner started a small paper during his summer vacation in the Hamptons. He gave copies of it away for free, making money from the advertisements. It was the first free paper in the United States. Gradually Dan started more papers, each of them serving a different community in the Hamptons. He called all of them collectively Dan's Papers, and they soon became the most widely read papers in the Hamptons.

Dan wrote most of the content himself, but from the start he approached the task with a sense of humor. Many of the stories were humorous hoaxes, which earned him the nickname the "Hoaxer of the Hamptons."

Regular readers knew not to take his stories seriously, but frequently the mainstream media would get taken in by his tales and would circulate them as fact.

Listed below are a few of his most notorious tales: