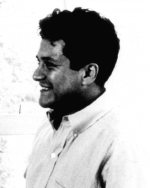 In 1968 Carlos Castaneda, a graduate student in anthropology at the University of California at Los Angeles (UCLA), published The Teachings of Don Juan: A Yaqui Way of Knowledge. It described his encounters with Don Juan Matus, a Yaqui shaman from Mexico. Don Juan supposedly trained Castaneda in ancient forms of knowledge, such as how to use drugs to communicate with animals (or even to become an animal). Castaneda's book became a bestseller and was an important influence on the New Age movement. Castaneda was awarded a doctorate by UCLA in 1972.

Castaneda insisted Don Juan was a real person, but this is widely doubted by scholars. Skeptics point to the fact that Castaneda never describes Don Juan speaking in his native language, nor does Don Juan use local names to describe any plants or animals. Castaneda never showed his field notes to anyone. And many of the experiences Castaneda describes, such as hiking for days through the Sonoran desert in the middle of the summer, border on the impossible.

Castaneda also falsified details of his own biography. Castaneda claimed he was born in Brazil in 1935, but an investigation by Time magazine revealed he was actually born in Peru in 1925.
Links and References
Literary Hoaxes Pseudoscience Hoaxes of the 1960s Anthropology
Tweet

Carlos is congratulated for his efforts to break down the social conditioning of his fellows and be able to describe to others many of the elements of a new relationship with the world.

The people who try and discredit him are like a classroom of 20 English Teachers saying a fellow Mathematics Genius Teacher does not know what he knows.

Mr Carlos Castanedas is a Very Respected Person for knowing both 'English' and 'Maths' and trying to share his experience with others who will never this life come close to the truths his dedication paid for.