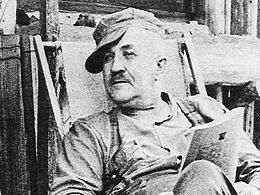 In 1957, with interest in Sasquatches growing on account of the Yeti crazi, a former logger, Albert Ostman, came forward with a strange story about how he had been abducted by a Sasquatch back in 1924. Ostman claimed that he had been on a prospecting holiday in Toba Inlet (British Columbia) when a Sasquatch carried him off and forced him to live with its family. Apparently the Sasquatch wanted to use Ostman for breeding purposes. After six days Ostman escaped. Ostman's story stretches credibility, and the fact that he supposedly waited 33 years before telling it makes it even harder to believe. Even some prominent Bigfoot adherents dismiss his story as a tall tale.
Bigfoot
Tweet