South Africa's Kulula airline announced that selected flights would soon be landing on new water runways near Cape Town and Durban harbours and Hartebeespoort Dam in Gauteng. Passengers would embark and disembark from piers and be ferried to the planes by water shuttles. The airline noted that the new runways should help "curb rising airport traffic congestion and high airport taxes." 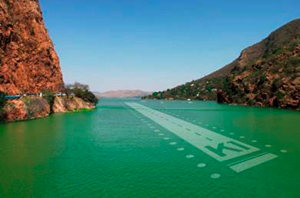 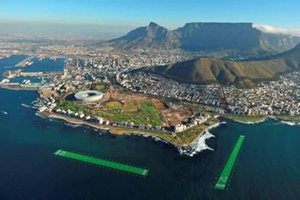 kulula has already taken steps to curb rising airport traffic congestion and high airport taxes by pioneering flights to secondary airports like Lanseria and even proposing to purchase the mothballed Durban airport from government, which was regrettably rejected. Their latest innovation will see selected flights landing on state-of-the-art water runways near Cape Town and Durban harbours and Hartebeespoort Dam in Gauteng.

"Globally, all airlines are feeling the pinch and 2012 will be a watershed year where only the most agile will keep their heads above water. kulula has always prided itself on successfully maintaining a low fare business model which motivated us to find new ways to ensure ticket prices remain affordable" says kulula group spokesperson, Heidi Brauer.

In July this year kulula will take delivery of eight new next-generation Boeing 737-800's. Two of these aircraft are specifically designed for water landings.

The 737-Seaplane, in aviation terms is classified as a flying boat due to its modified fuselage which is the main source of buoyancy and which acts like a ship's hull in the water. All these vessels have been designed to ensure smooth landings and are equipped with the latest technology to ensure passenger comfort and safety, says Brauer.

Passengers will embark and disembark from exclusive kulula piers and be ferried to the planes by designated water shuttles.

"Airlines that do not significantly reinvent themselves are unlikely to stay afloat in these troubled economic times. kulula has never been scared of navigating unchartered waters and once launched we're sure it will go swimmingly." says Brauer.