A handbill requesting the delivery of 17 fool's coats and caps to Middletown, Connecticut on April 1 for a convention (presumably of fools) was printed up and distributed in various New England towns. The handbill was signed "Sancho Panca," which is almost certainly a pseudonym. Its author may have been Moses H. Woodward, who was the only printer in Middletown in 1796.

This is the earliest known American reference to April Fool's Day. 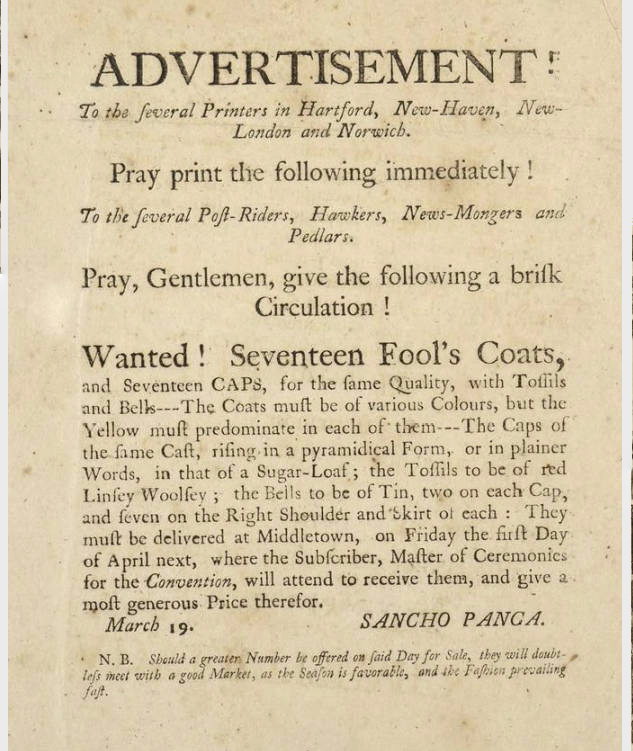