Radio-Craft magazine, in an article credited to Grego Banshuk, announced what it declared was "the biggest development in television up to now" — the Visie-Talkie. It was a portable television handset. In other words, a handheld videophone.

Banshuk explained that the device had been made possible by the invention of "non-scanning television" technology, which involved "thousands of fine wires... bunched very close together."

Radio-Craft's April Fool articles typically described inventions that were "not only feasible, but usually in a decade or more... will become realities." This was the case with the Visie-Talkie. The first mobile videophone to be sold commercially was the VP-210 VisualPhone, released by the Kyocera Corporation in 1999. 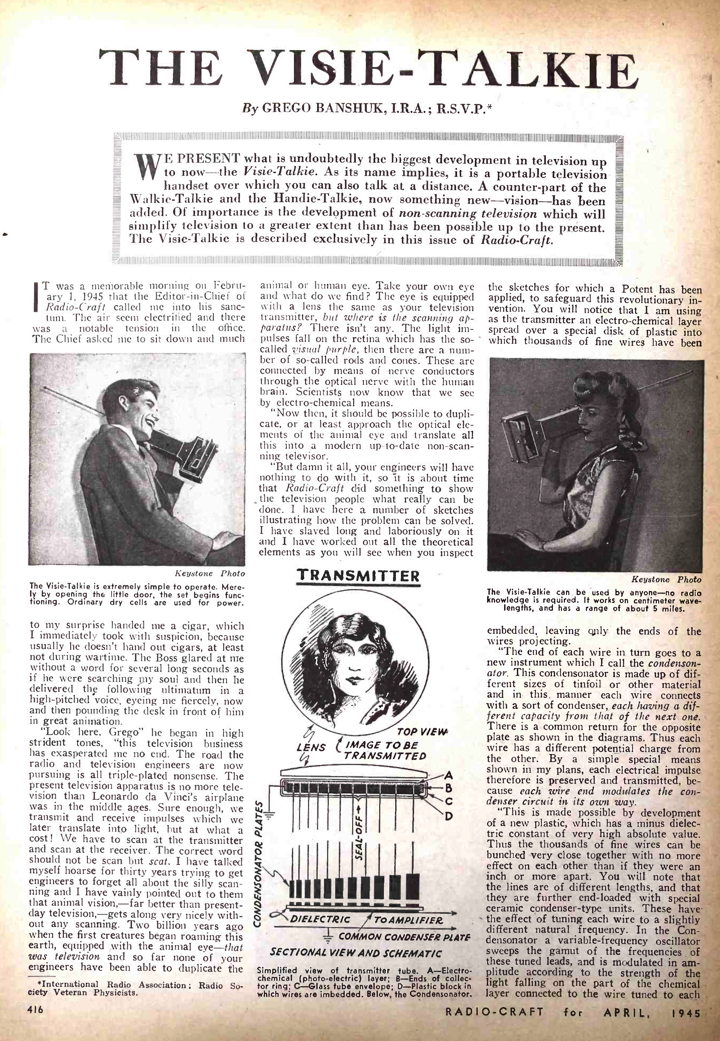 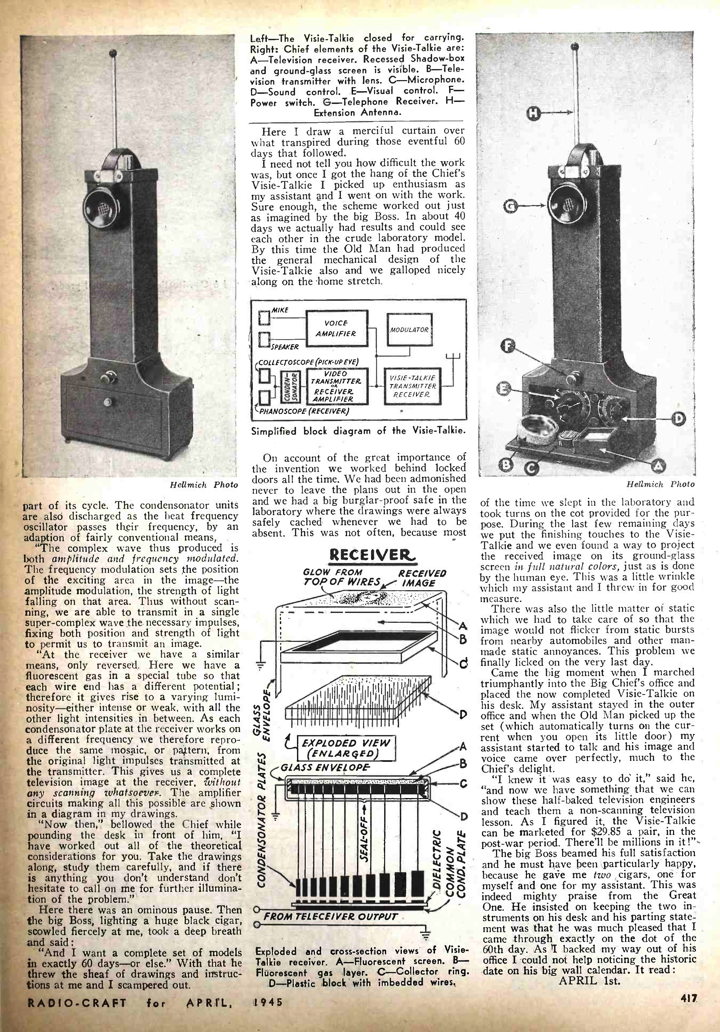