Pageant magazine, under the editorship of Harris Shevelson, ran a picture of actress Alice Wallace on its front cover. Its back cover showed the same picture of Wallace, but upside down, with four eyes and four eyebrows. The stunt prompted several newsstand distributors to contact the magazine, complaining of a misprint. 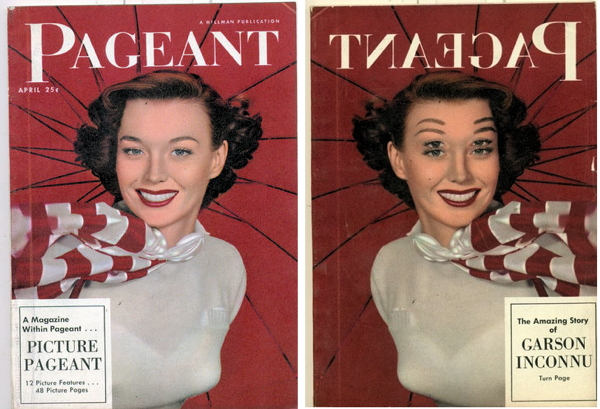